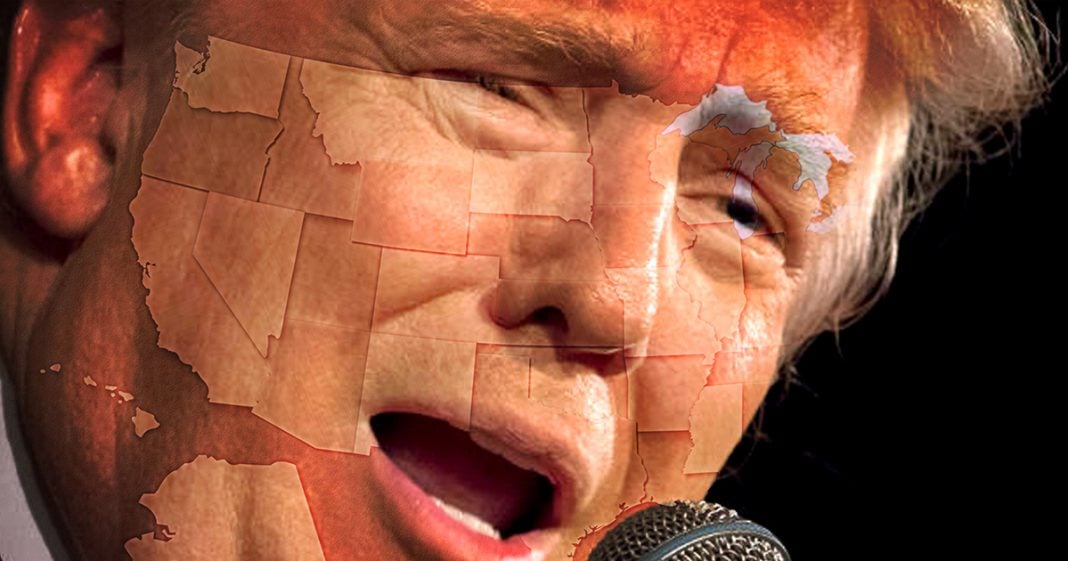 The intelligence community is at war with Donald Trump, a War that Trump himself started by attacking these agencies as incompetent both during and after his campaign.  But should we be cheering the intelligence community’s resistance to Trump, or should we be concerned about their growing power and ability to destroy their political enemies? Ring of Fire’s Farron Cousins discusses this.

Here’s where this story gets really sticky. It’s a difficult story to fully understand and appreciate. On the one hand do we need to know this information about what the Trump administration is doing? Yes, undoubtedly. We have to know every single thing that they’ve done because we have to know if there’s impeachable offenses in there or if there’s any kind of activity taking place from Trump himself that would indicate that he is unfit to serve as United States president. We have to know that.

We also have to understand the dangers of having an intelligence apparatus in this country that has so much power that they might be able to unseat a sitting president. Then what happens? What do they do with that power after they get what they want? Do they go back in the shadows or do they seize control? I’m not talking about some kind of hostile government takeover. I’m talking about them actively influencing the next administration and the one after that out of fear. Do incoming administrations need to fear this intelligence apparatus, a fear of pissing them off? That’s exactly what Donald Trump did.

He belittled these organizations endlessly during both his campaign and his time before the inauguration. They weren’t any good. He’s going to make them better. They’re not able to do their job because they’re just incompetent. Those were the kinds of things that we heard from Donald Trump about the intelligence community, so yeah, obviously they have a reason to stand up to him. He bullied them. They’re bullying him back.

There is no good outcome for the American public here, and that is very unfortunate. Either the intelligence community succeeds and they do enough damage to Trump to force him out of office, and then they’re sitting there with all of this power. They’re out of the shadows, they’re calling the shots. Conversely, suppose they continue to leak. The do damage to Trump but not enough to remove him from office. Donald Trump can then come in, remove people from these intelligence agencies, pack them with people that he trusts, and then gain that power for himself. Now we have not only the dangerous Trump administration, but the dangerous Trump administration allied with the intelligence apparatus.

Again, there’s no good outcome really of this story, and that is unfortunate because we need to know these things in the leaks. We have to understand what this administration is doing. We can’t do that at the expense of our own freedom and our own privacy. To be honest, this is an issue that I don’t expect everyone to side with me on. To be honest, I don’t quite know right now what side I even fall on. This is something that we have to take in, something we have to consider, and we have to look at it from every angle. That’s what we need to be doing right now. Is it worth it, is the question that we have to ask ourselves.