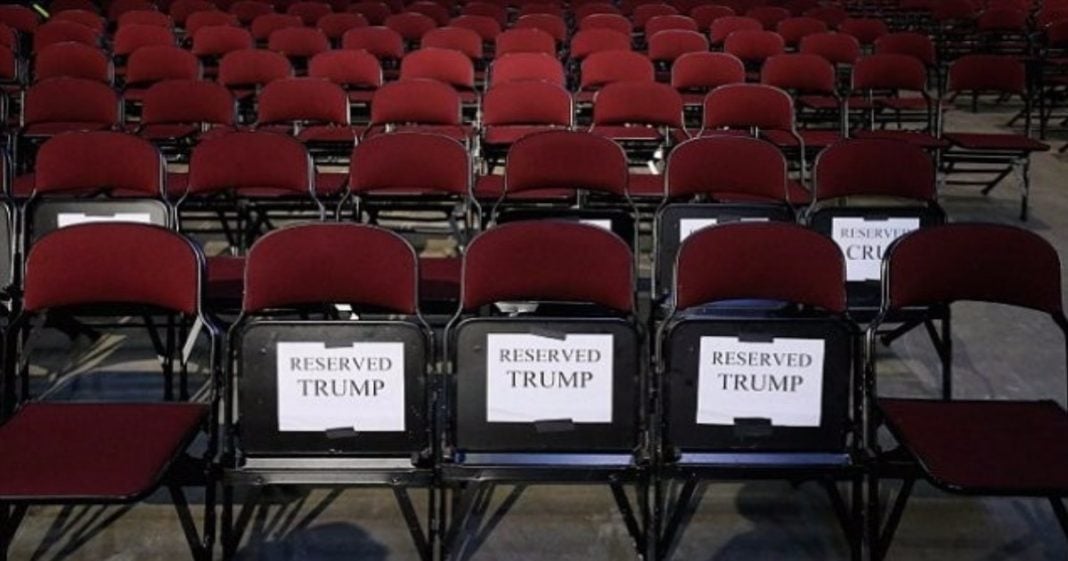 President Donald Trump has complained several times in recent weeks that the obstructionist Senate has continued to stand in the way of his cabinet nominees, making it difficult to get anything done in the White House.

Though the Senate has delayed and put off many of his confirmations, the real issue is that the president has failed to nominate candidates for the vast majority of open positions in his administration.

Of the 549 positions that the President is allowed and expected to fill, Trump has only offered 34 applicants. Of these 34, 14 have faced Senate hearings and have been confirmed, while 20 others are still awaiting their hearings and confirmation.

That leaves 515 positions wide open with no candidate in sight. Of course, the president has made no mention of these open positions, nor given any indication about when they might be filled. Instead, he has been forced to replace drop-out candidates like Michael Flynn who resigned in scandal last week.

To distract from this, the POTUS has chosen to continue using the obstructed and delayed hearings as more fodder against his opposition. But despite these short-term delays, there really has been no real opposition to even the most unqualified picks the President has made.

Because of the Republican majority in the Senate, it has been nearly impossible for Democrats to stop the worst of Trump’s candidates like Education Secretary Betsy DeVos or Attorney General Jeff Sessions.

Still, if you are searching for a source of the true government obstruction, it might do you well to look past what is and isn’t happening in the senate to the vast and nearly endless number of positions Trump has yet to fill.