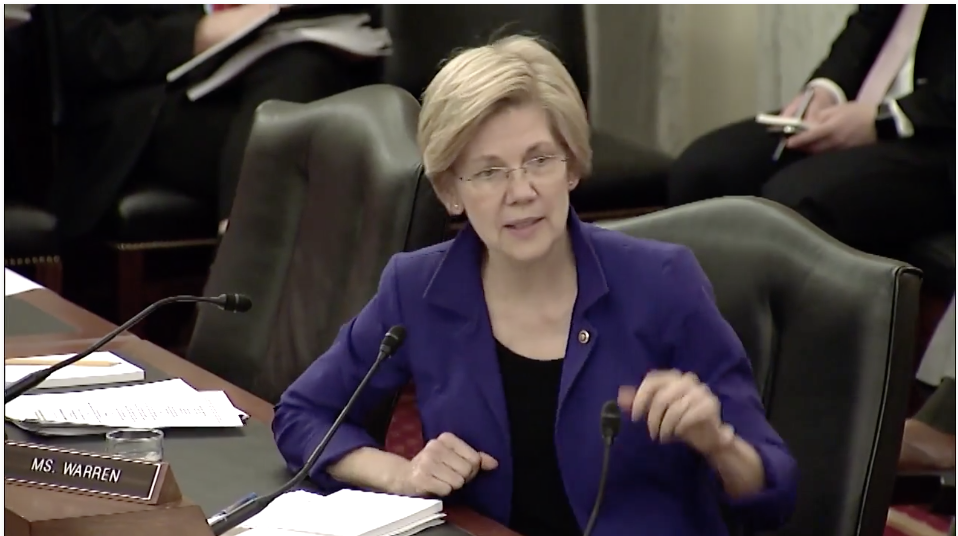 “If you can drive a military truck in combat, with hazardous cargo, at night, through a sandstorm, then you can drive a commercial truck on an interstate. If you can dock or anchor a 10,000 ton warship under extreme stress, you can do the same thing for a small commercial ship. We spend hundreds of millions to train our service members to do highly skilled jobs, and they are the best at what they do. But too many still struggle to transition into civilian jobs because they don’t have the right certifications and licenses – even when they’re being hired to do the exact same thing under much less taxing conditions.

We’ve made progress on this issue over the last few years, and I don’t want to lower civilian standards – but I don’t believe for one second that these individuals aren’t ready to do the equivalent civilian jobs the day they leave the military. They shouldn’t end up buried in paperwork or dump their money into a shady for-profit college to do it. Let’s fix this problem.”

Cutting government red-tape, streamlining veterans services, integrating our military into civilian life – all of those are ideal that you would expect from someone like Veteran’s Affairs committee chairman, Johnny Isakson (R – GA). After all, standing up for our service members was a central theme of many Republican campaigns in 2016.

But the above quote came not from a Republican lawmaker, but from Democratic Senator Elizabeth Warren as she spoke with Army Sgt. Major Daniel Dailey in a session of the Senate Armed Services Subcommittee on Personnel. You can hear Sen. Warren’s full comments here.

Furthering the Democratic support of our military, in a letter sent to the White House, every Senate Democrat asked Donald Trump to exempt the Department of Veterans Affairs from his hiring freeze. VA Secretary David Shulkin says there are about 45,000 openings in the department, with many of those positions subject to the hiring freeze.

“Our nation’s veterans should not be made to sacrifice any more than they already have while you review federal hiring,” the letter reads.

Sometimes doing the right thing isn’t dependent on your political affiliation, a philosophy that the GOP under Trump might want to quickly adopt.