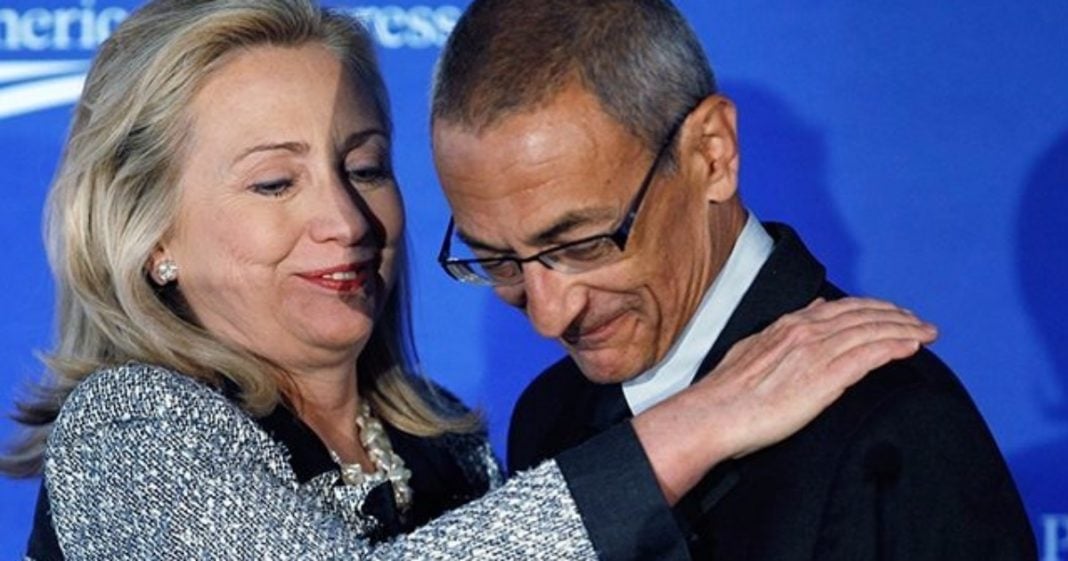 Attempting to deflect from his own devastating role in Hillary Clinton’s election loss, Former Clinton Campaign Chairman John Podesta suggested during an interview on Monday that the FBI may have had an active role in helping Clinton to lose the election.

Podesta did not offer any suitable evidence for his claim, but his comments resemble other theories about the “deep state,” or a collective conspiracy by the Intelligence Community to set policy and determine political outcomes for their own benefit.

Podesta points to the statement made by FBI director James Comey just 11 days before the election. Polls at the time showed a significant drop in Clinton’s approval ratings when Comey made his announcement, despite the fact that the emails he had uncovered revealed no scathing information about the presidential candidate.

Of course, rather than being a grand conspiracy, the actions by Comey may have simply been the effort by one anti-Clinton conservative to damage the candidate for his party’s gain.

Still, there are many who are suggesting that the Intelligence has shown an interest in overstepping their bounds in order to sway the nation’s political and policy leanings in their direction.

But in this instance as in many others, we must look at the character of the person making the claim in addition to the claim itself. Is Podesta truly concerned with the overreach of a branch of government, or does he merely wish to wrap the narrative of Clinton’s loss around the neck of anyone but himself?