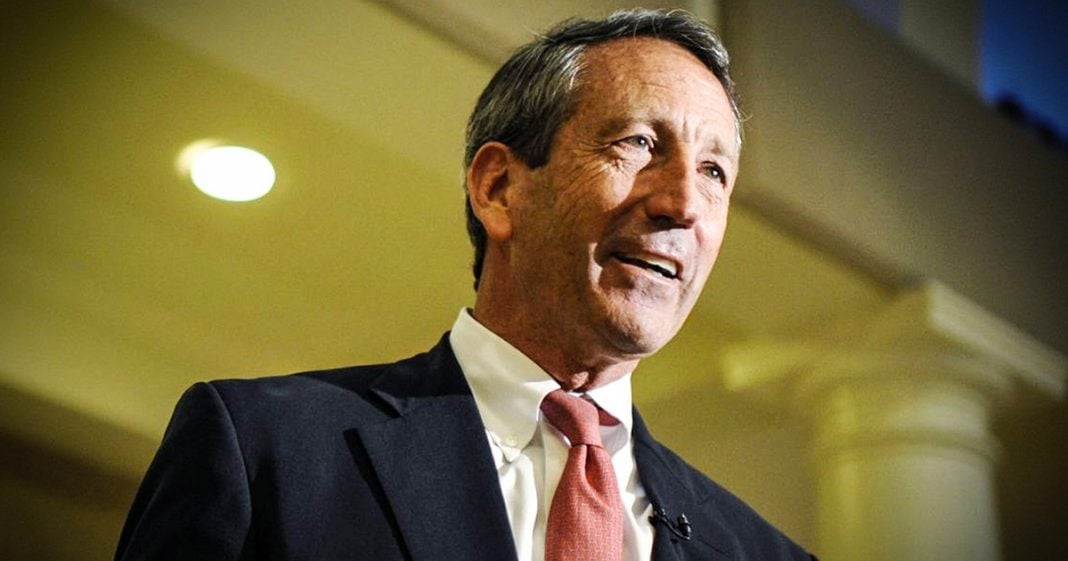 Representative Mark Sanford of South Carolina told MSNBC’s Chris Hayes on Monday night that there will be some people that will lose their healthcare coverage under the Republican healthcare plan, if a replacement plan even comes out.  Sanford’s statement confirms what we’ve all grown to fear about the GOP’s plans for Obamacare, which is that millions will find themselves once again among the ranks of the uninsured. Ring of Fire’s Farron Cousins discusses this.

Now, Mark Sanford obviously is saying what we already know. He’s not giving us anything new. He didn’t lay out what the Republicans’ plan is. He didn’t tell us when we can expect this. He didn’t even say that they were going to come up with a plan before they attempt to completely repeal the Affordable Care Act. All he said, again, something we already know, is that, “Yeah people are going to lose their healthcare, but hey, at least we won’t have Obamacare anymore. Right, kids? We don’t have to worry about that monkey on our back anymore. We got rid of it. Oh, I’m sorry you can’t go to the doctor that you can’t afford prescription medication anymore for your diabetes or your heart condition or any other condition you may have. But at least we stuck it to Obama, right?” The guy that’s not even the president anymore. Republicans are so obsessed with attacking this man who, again, is not our president anymore. He really had this one signature piece of legislation for his eight-year career and they’re still obsessing over it.

Now, there’s a lot of people online. Paul Ryan tweets out every day, several times a day, that Obamacare sucks and we’re going to replace it. If you look through the comments on his tweets, every single one of them, almost every single one of them, is some kind of person, Republican or Democrat, asking him, “What the hell is your plan? What are you going to replace it with? Why are you so busy tweeting this out several times a day, every single day, and not coming up with a replacement plan that you have had eight years to be working on?” That’s what the public wants. They don’t necessarily want Obamacare repealed. They would like it fixed. They would like to know what the Republicans are doing. They want to know what’s going to happen to them. They’re worried about their futures.

If we take Mark Sanford at his word here, we understand that those futures involve fewer people with health insurance in the United States. He said as much last night on MSNBC’s Chris Hayes. That is the Republican plan. Fewer people with health insurance, which will mean that the rates for everybody else goes up because health insurance companies will start losing money, and so they’ll raise our rates to compensate for those cushy levels that they’ve been used to for the last five, six years. Everyone loses under an Obamacare repeal except the 400 families that will get a tax break by repealing this. And those are the only people that Republicans in the United States care about these days.