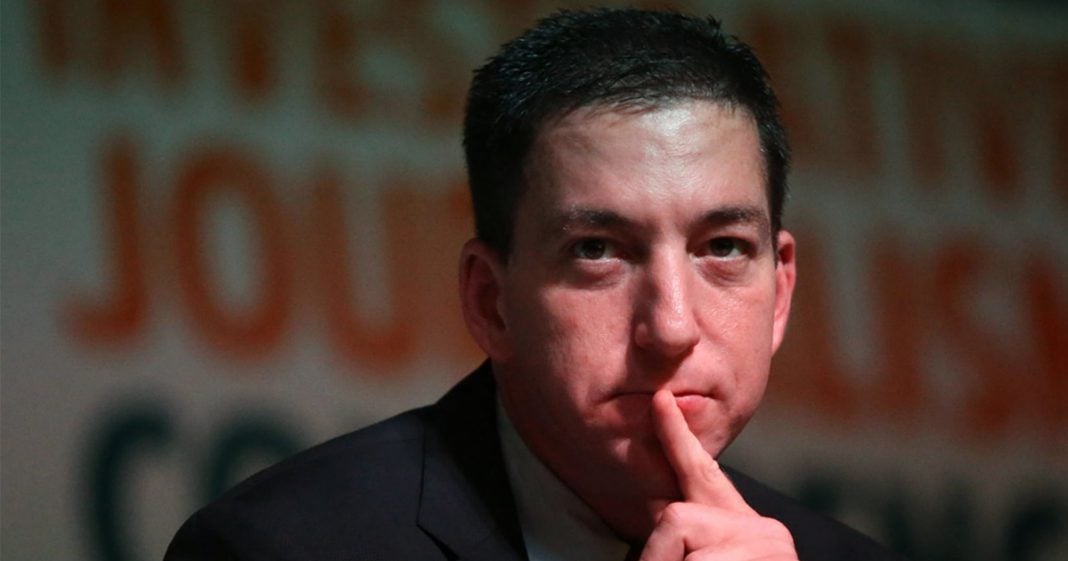 As bad as the Trump Administration is, things could get much worse should agencies such as the CIA and the NSA seize power of the U.S. government. Yet, many Trump resisters, seeing the escalating war between the Administration and “Deep State” agencies, are siding with the latter – and prominent journalist Glenn Greenwald warns that “it is extremely dangerous to do that.”

Greenwald’s warning comes in the wake of a similar alarm sounded by former Ohio Congressman Dennis Kucinich, who recently published an an article in Newsweek. In that piece, he outlined how intelligence agencies and the military-industrial complex have been actively working to undermine the Executive Branch of government.

Now, as these intelligence agencies go on to attack the deeply-unpopular and dangerous Trump Administration, many in the resistance are calling on them to overthrow Trump – if for no other reason than to stop him from enacting his extremist policies. This would be tantamount to destroying democracy in order to save it.

As I pointed out last week, intelligence agencies and their allies in the military-industrial complex are run by those who have been appointed, not elected – and therefore, have no accountability to anyone.

Even if you are among those who believe (with good reason) that the Deep State and the Trump Administration are equally dangerous, Greenwald correctly points out that there is a difference:

He adds, “to urge that the CIA and the intelligence community empower itself to undermine the elected branches of government is insanity.”

This brings up a possibility: was this the CIA’s agenda all along? Is it possible that it wasn’t the Russians who manipulated the election in favor of Trump, but rather, intelligence agencies? Did certain people in the CIA realize that a Trump Administration would be a disaster, and therefore, more easily overthrown?

Consider how the FBI suddenly and conveniently “discovered” more of Hillary Clinton’s emails containing “classified information” just prior to the election, releasing them just before the election. Also consider how allegations of Russian interference in U.S. elections started coming out just as Trump announced his intentions to seek greater cooperation with Moscow – and how there has never been any irrefutable proof of these allegations.

And what about the set up of former National Security Adviser Michael Flynn? He now alleges that he did not discuss FBI sanctions with Russian ambassador Sergei Kislyak – yet the FBI refuses to publicly release unredacted transcripts of that conversation, which would prove Flynn’s claim of innocence.

Right now, there is a serious need for real investigations into all the allegations about Russia that have been flying around, and – as Greenwald points out – the results of these investigations need to be declassified and made public. As President, Trump has the power to declassify any documents related to such an investigation. T

he Deep State can only succeed in its takeover of our democracy as long as it can operate from the shadows while tossing out bits of “information” to a media hungry for advertising revenue while whipping up public hysteria. The best weapon against this slow-motion coup is exposure to sunlight.

Only then can we turn our attention to resisting the Trump agenda.