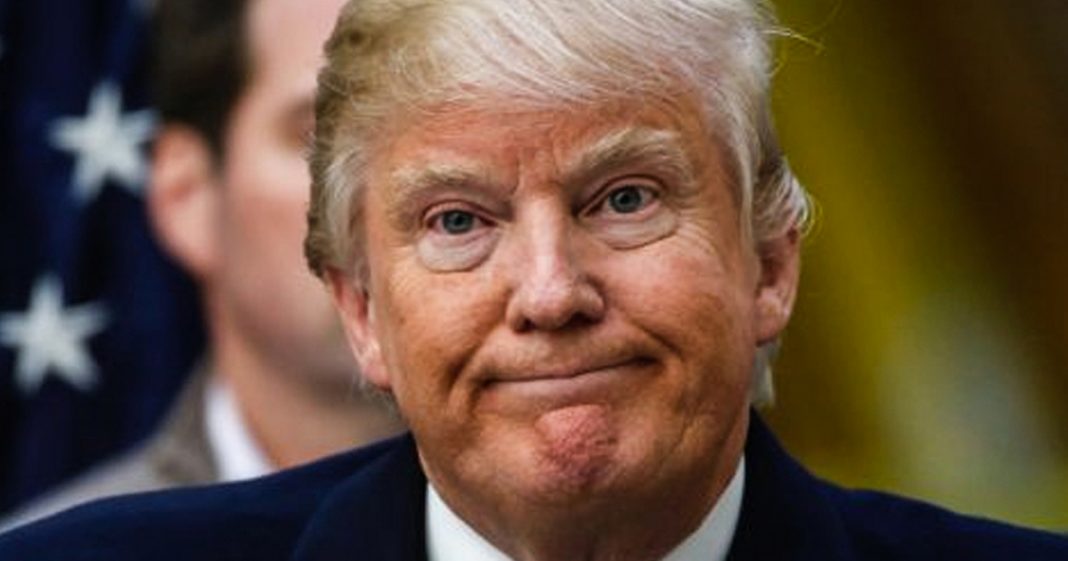 On this Presidents’ Day 2017, we celebrate the accomplishments of past Presidents of this country.  We also have to acknowledge the very real threat that our current president poses to American democracy, and look at how far the legitimacy of the office of the President has fallen since the late 1700’s. Ring of Fire’s Farron Cousins discusses this.

Today is Presidents’ Day and usually on this day we take the time to look back at some of the great accomplishments from past presidents in United States history. But today, I think it’s more important to talk about the fact that we have a sitting US president who was sworn in one month ago to this day, who has no idea what he’s doing in this Office of the President. We, as a country, somehow managed to elect a former reality show TV star who campaigned on the promise of creating American jobs, yet is literally most famous for firing people. We got it so wrong in the 2016 election and now we’re stuck with the consequences of those actions.

We have a president who gets online, gets on Twitter, and rants and raves like a mad man about things like Saturday Night Live. He creates these bogus claims of three to five million illegal votes occurring in the United States and that’s why he lost the popular vote. He goes out there, defends the horrid actions of his administration, denies any of the bad things that have happened, even though we have clear evidence showing us that, yes, they did happen. Michael Flynn did resign. Michael Flynn did lie to the FBI. And Donald Trump says, “Everything’s okay. My administration is running like a fine tuned machine.”

We have a serious constitutional crisis right now in the United States and that is that we have a man who doesn’t understand the constitution in the highest office in the land. So on this Presidents’ Day, I think it’s important that we don’t look back at the past. Let’s not glorify everything that’s happened in this country before. Let’s be more concerned about our future. Let’s be concerned about this man in the White House. Let’s be concerned about the fact that they have at least toyed with the idea of sending 100,000 national guard troops out to round up immigrants. Let’s be concerned about the fact that this man has signed executive orders banning people from coming into our country based solely on their religion. This isn’t the America that we grew up with and it’s certainly not the America that we want today. It’s not the America of the future. It’s not an America that the rest of the world looks to as a symbol of peace and prosperity and freedom and greatness. And Donald Trump is taking us down a horrible path right now.

But if we do want to look at the past, let’s compare how things were to how things are, how suddenly and disgustingly this once great Office of the President has fallen. People do not respect Donald Trump. They do not look up to Donald Trump. They don’t look at him and say, “When my kids grow up, I want them to be like him.” Yes, sure, there’s a couple of people like that. But for the most part, the vast majority of people in the world do not want that. They don’t want their kids to grow up to be like this man. And that’s really sad that we have a president right now who’s not looked up to, who’s not admired by the majority of Americans and the majority of the rest of the world. Don’t you think that’s a problem? Don’t you think we should have a president that everybody looks to and says, “When I grow up, that’s what I want to be”, “That’s what I want my kids to be”, “That’s the future I want to see for this country”? We had that at different parts throughout American history. Not all the time, but I promise you, we’ve never had it as bad in that Oval Office as we have today.