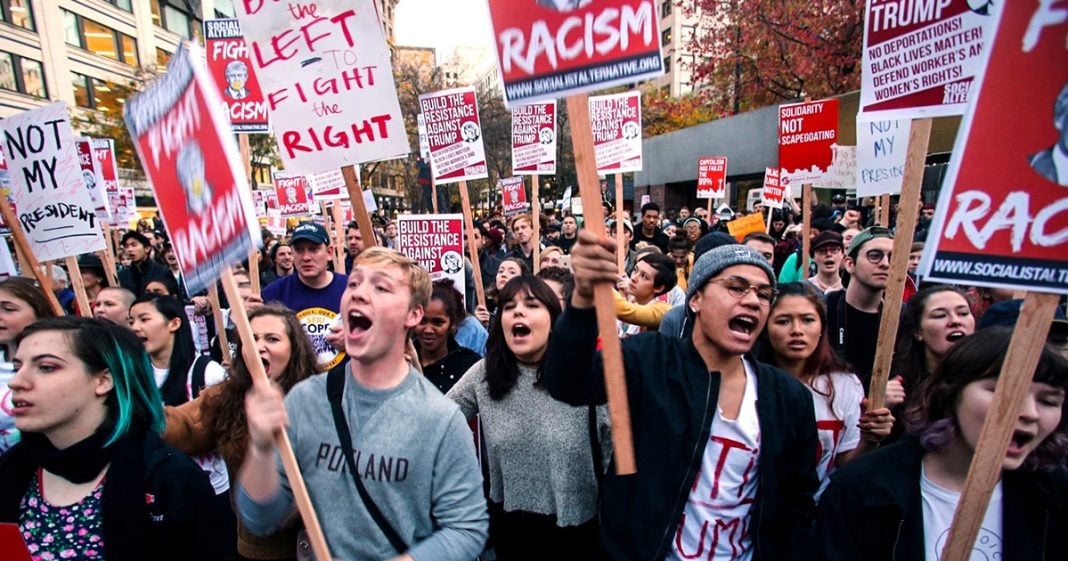 Across the country, Republican members of Congress are having a hard time getting their constituents to believe that taking away their healthcare is a good thing.  So these GOPers are trying all sorts of methods to get rid of protestors, including encouraging armed Republicans to show up and defend them. Ring of Fire’s Farron Cousins discusses this.

The American public is getting active and that is possibly one of the only positive things to come out of the Donald Trump administration, but it’s not only because of Donald Trump, it is because of the horrible things that Republicans in Congress are trying to do. Specifically, with repealing the Affordable Care Act with absolutely no replacement in sight. Here’s a good case in point. Representative Dana Rohrabacher from California. For the last few weeks, there have been a group of people that have shown up at his California headquarters every single Tuesday, and this past Tuesday, Valentine’s Day, they showed up and delivered valentines cards, begging him to not be a part of the repeal of the Affordable Care Act, to help protect health insurance for millions of Americans.

Now Rohrabacher is absolutely furious, and he says, that these people that show up at his office, the people who have been showing up at town halls asking tough questions for Republicans, he said that they are, “Enemies of democracy.” These people, these activists, these angry citizens, who want nothing more than to continue having health insurance so they can go to the doctor, they’re the enemies of democracy. What he really means, is that they’re the enemies of the Republican party, because these people are absolutely exercising their constitutionally granted rights to assemble. Furthermore, all they’re doing is asking questions. These are not violent people.

These are people who want to know why Republicans think it’s a better idea to give a couple families in the United States, in the top 1%, tax breaks than it is to preserve health insurance for 20 to 30 million American citizens. They want an explanation of that. They want answers as to what the Republicans want to replace Obamacare with. So far, Republicans have not been able to give an answer. Republicans simply cannot understand the fact that right now, because they’re finally in a position to enact all of their disastrous policies, the public has suddenly turned against them. And, to be honest, a lot of the blame here does lie at the feet of those voters. They’re the ones who put these people in office.

It’s not like they hid their agendas. They told us that they wanted to repeal Obamacare. They told us that they hate EPA regulations, protecting our air and our water, and they want to get rid of them. But, now, people are mad that they’re actually, I guess, keeping their campaign promises. Look, I’m right there with you, being angry about this. But, you need to also understand that this is what you get when you elect Republicans. They’re not kidding when they tell you, “That they want to destroy the EPA.” The Congressman from my district here, is the one who introduced the bill to abolish the EPA. In fact, he’s coming down, I guess, later this week to do an event, where he has encouraged armed Republicans to show up to, I guess, defend him from progressive protestors, who don’t want to destroy the EPA.

We have a sitting Congressman encouraging people to show up to his events in the City of Milton, Florida, Pace, Florida, with guns to make sure that things don’t get out of hand. This is a dangerous time we’re living in, but Republicans are feeling the pressure. They understand that they cannot continue to push around the American public, that they cannot continue to rule for corporations over their voters, and they cannot continue to destroy everything that we have come to love about this country. The Affordable Care Act is far from perfect, but having health insurance is a hell of a lot better than not having health insurance. And, Republicans and Democrats, alike, agree with that.

They’re telling that to the Republicans during these town halls. They’re going to their offices and telling them. They’re going to Washington, DC, and telling them. That is the only positive that we have seen so far this year, is the amount of people willing to get up, get active, and get in the faces of Republicans, when necessary, to say, “That you are not going to take away our rights to clean air, to clean water, to health insurance, to social security, to Medicare. We’re going to stand up and if you don’t start listening to us, go ahead and pack your stuff, because this is your last term.”