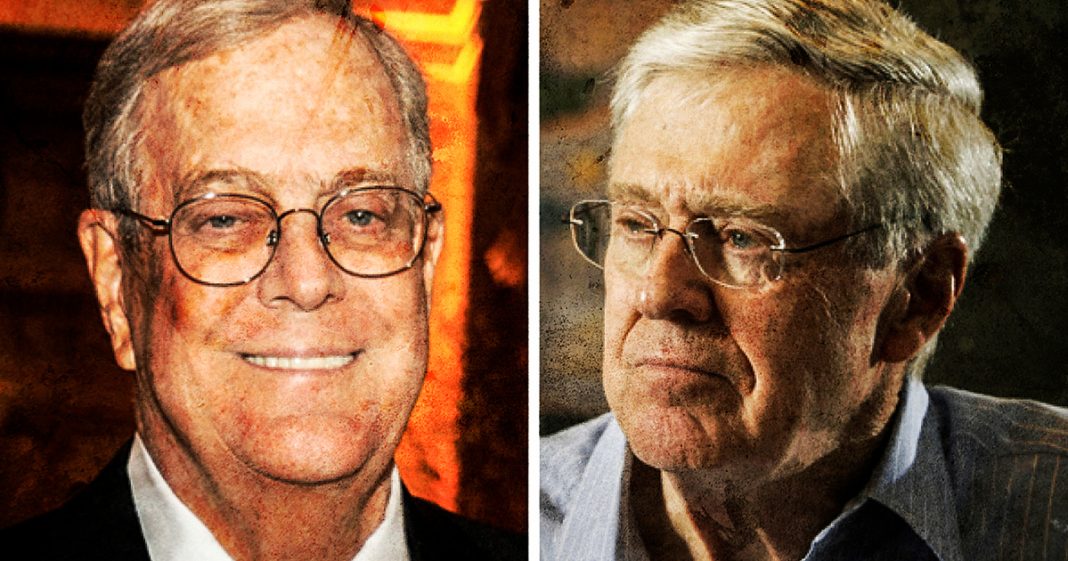 The Republican-controlled legislature in Iowa has passed a resolution that will greatly curtail the power of public sector unions in the state.  Following in the footsteps of both Wisconsin and Michigan, the legislation would prevent unions from negotiating wages and benefits for workers. Ring of Fire’s Farron Cousins discusses this.

Now this plan, this legislation that has passed the Iowa House and Senate is exactly like the legislation that was passed in Wisconsin, exactly like the legislation that was passed in Michigan. In both cases, including Iowa, the Koch Brothers’ fingerprints, the fingerprints of the American legislative exchange council are all over it. These people who represent big businesses want to kill unions and they start with the public sector unions, the unions that actually have no negotiations with corporations, just with the state. Once they kill the public sector unions, then they come after the private. Once they see that this can work, they’ll do it for themselves.

We know that because that’s exactly what’s happened so far. Back when Scott Walker in Wisconsin and the Republicans in the Wisconsin legislature were trying to take away the rights of public sector unions, we discussed at length that Wisconsin was just a test case and if they’re successful in Wisconsin, they’re going to start taking it to other states. Sure enough, they did. They did it in Michigan, and now we have Iowa. They’re trying it North Carolina right now too, and the state of Florida. That’s what they do. Anytime you see a story like this come up, it’s a test case. If they’re successful, it will spread like the plague. That’s what’s happening for American public sector workers right now and private sector workers.

Unions are good. If you’ve ever looked at the data and seen how union involvement raises wages for all industries, not just those with the unions, it raises wages for all workers in an area, the Republicans don’t want that because, like always, it comes down to money. If a company has to pay more money to their workers in the form of either wages or benefits, that’s less money that they can give to Republican candidates to run their next campaign to then pass legislation that’s going to help the corporation.

It is the cyclical event that takes place. Republicans will do everything they can to save corporations a couple of dollars because they want those dollars. They don’t want those dollars going to you, they don’t want those dollars paying for your health insurance, or your vacation time or your paid sick leave. They want that money to pay for their next campaign, to run a television ad saying that we don’t need unions, unions are bad. Not only are they taking money away from you, they’re then using that money to demonize you, to attack you in their campaigns. This is the Republican plan, this is the Koch Brothers plan, this is the Alec plan, and it’s something that they’ve been doing for over a decade. They’re going to keep doing it because, unfortunately, they keep being successful because the voters keep putting these idiot Republicans back into positions of power.