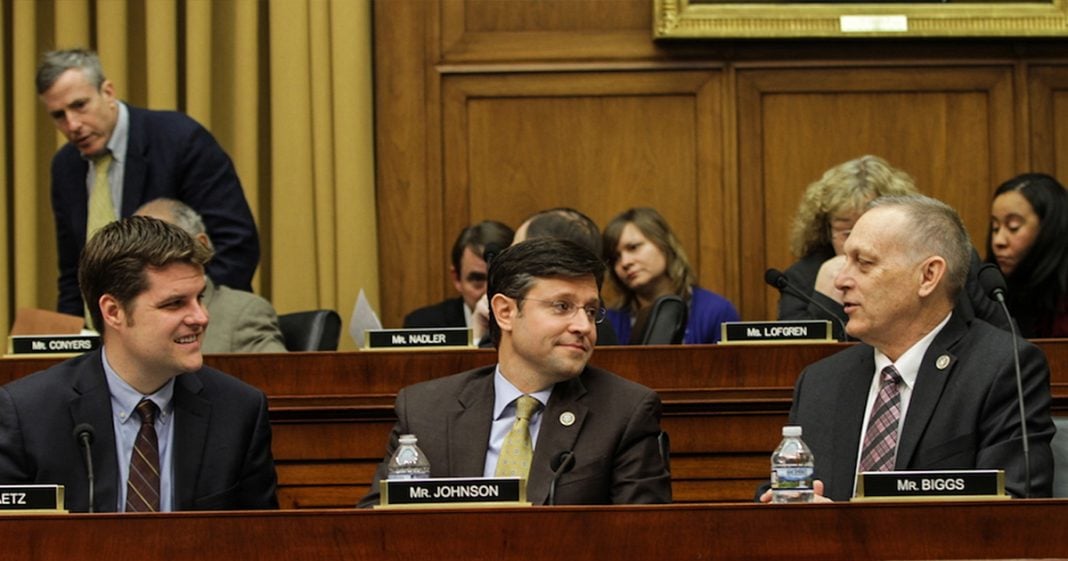 While it’s important to focus on some of the horrible things that Donald Trump does day in and day out, we also have to keep in mind that we have Republican majorities in both the house and the senate, and those people, thanks to the media constantly paying attention only to Donald Trump, are doing some really terrible things that we really need to be focused on.

This past week, Republicans in the house, on the house judiciary committee, passed a resolution that would limit the ability of American consumers, American citizens, to file class action lawsuits against corporations. This resolution, bill, whatever you want to call it, did pass committee. Now it’s up to the main house body to decide whether or not to bring it to the floor, but it did pass committee.

What this piece of legislation is going to do is limit who can file a class action lawsuit, who can band together for class actions, and it’s something that business lobby in Washington DC has been fighting for since the Ronald Reagan administration. What businesses, corporations, what have you, what they want to do, is to make it to where consumers cannot band together and form a class action. People with a similar complaint can’t band together into groups of 2,000, 3,000 and file one big lawsuit.

They want every individual person to have to file their own lawsuit where the company can then go in and fight each one individually. A move that will enrich defense lawyers and prevent a lot of people from ever filing a lawsuit because they have neither the time nor money to be an individual plaintiff, and corporations know this, CEOs know this.

They know that if we take away that class action protection people won’t file lawsuits when this corporation decides to dump toxins into a local body of water, when they produce a product that they know is going to kill people but they decide to do it anyway without warning us. Because that is the conduct that we see from corporations. We see it all the time. We see it in their documents, where they explicitly say, “The test on this product, product X, have come back and shown us that it will kill people if they take it. Let’s omit that from our report and sell it anyway.”

Statements like those are found in corporate documents in lawsuits all the time. That’s one of the main reasons that these class action lawsuits end up being successful for consumers. It’s because we find out all the dirty disgusting things that these corporations do to deceive and harm the American public. House Republicans want to take away your right to do that. They want to make it easier for corporations to kill people without being held liable. They don’t want these corporations to have to pay out hundreds of million dollars in these massive settlements or jury verdicts to right the wrongs that they caused.

Republicans want that corporate money so bad that they don’t care if you ever get your day in court. They don’t care if you ever get justice for your family, or a little bit of compensation to try to start putting your life back together. What’s more important for Republicans is that they find a way to fund their next campaign. That is what this class action limiting legislation is all about.