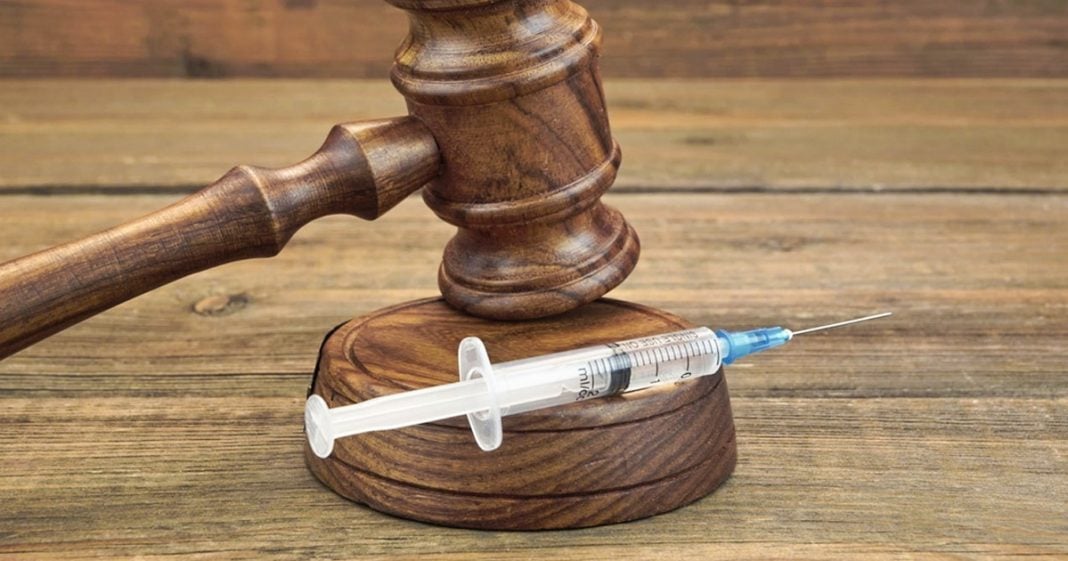 Arizona wants death row inmates to bring their own lethal injections. Cenk Uygur and Ana Kasparian, the hosts of The Young Turks, break it down.

“As states have faced challenges to carrying out executions by lethal injection, various work-arounds and alternatives have been proposed, including the return of electric chairs and firing squads. Arizona may have come up with the most original concept yet: an invitation for lawyers to help kill their own clients.

With drugs that can legally be used for lethal injections in short supply, the Arizona department of corrections’ latest execution protocol states that attorneys for death row inmates are welcome to bring along their own.

The protocol says that “the inmate’s counsel or other third parties acting on behalf of the inmate’s counsel” may provide the department with a sedative, pentobarbital, or an anesthetic, sodium pentothal, if they can obtain it “from a certified or licensed pharmacist, pharmacy, compound pharmacy, manufacturer, or supplier”.

Attorneys, though, said the idea is ludicrous. Megan McCracken, a lethal injection expert at the University of California Berkeley School of Law, said the clause is “unprecedented, wholly novel and frankly absurd. A prisoner or a prisoner’s lawyer simply cannot obtain these drugs legally, or legally transfer them to the department of corrections, so it’s hard to fathom what the Arizona department was thinking in including this nonsensical provision as part of its execution protocol.”