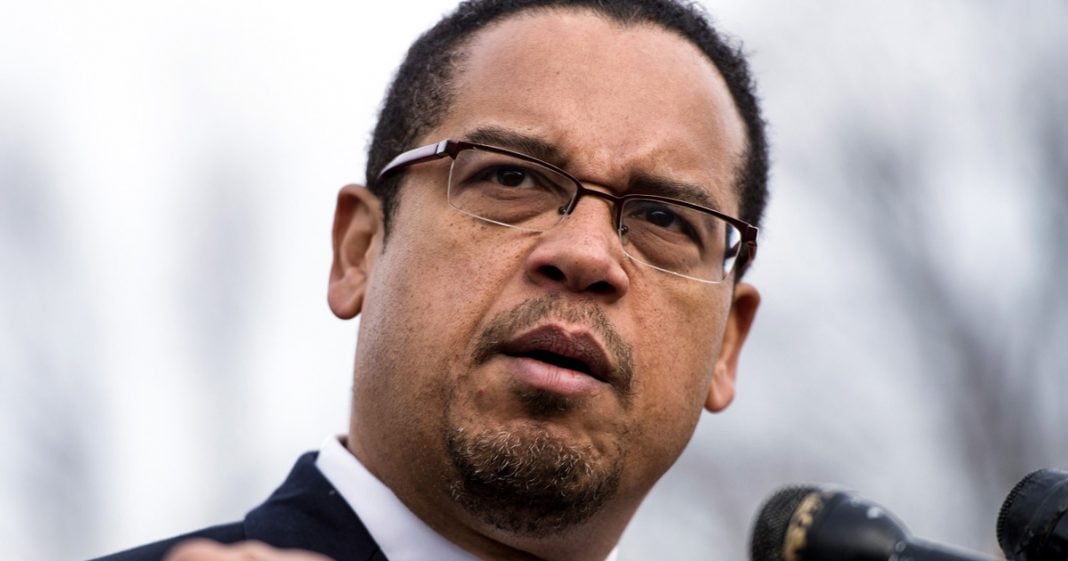 One of the several DNC candidates that have been in the running these past couple of months has dropped out of the race and thrown his support behind progressive front-runner Keith Ellison.

New Hampshire Democratic Party Chairman Raymond Buckley left the race on Saturday, announcing his support for Ellison. Buckley, who noted more than once during various DNC debates that many of the candidates shared similar values, said that Ellison embodies what the Democratic party truly needs – and what he, himself, advocated for as well.

“From the moment I stepped into this race, I made it clear that the top two priorities of the next DNC Chair must be to strengthen state parties and reform the DNC. Now, many candidates have spoken about these issues, but Keith’s commitment to the states and a transparent and accountable DNC has stood out,” Buckley said in a statement. “He knows elections are not won and lost in the beltway, but on the ground across the country. His plan, in fact, shared many of the same ideas and principles as my own.”

Buckley’s support of Ellison is a blow to Tom Perez, the other leading DNC candidate against Ellison.

It is unclear at this point whether the DNC votes that were expected to to to Buckley will now switch their vote to Ellison, or choose another candidate. Still, the endorsement indicates that many who backed Buckley will now listen to the man and back Ellison in his stead.

Buckley is the most recent in a long list of notable Democrats to back Ellison, including Senator Bernie Sanders, Senate Minority Leader Chuck Schumer, Civil rights leader and Congressman John Lewis, and many more.

Many progressives consider the DNC race not just a race for a new leader for the party structure, but also a precedence-setting for the future of the party as a whole. If Perez wins, many progressives have said that they plan to abandon the party, but if Ellison is chosen, it will be an indication that at long last, the DNC may have turned over a new leaf.