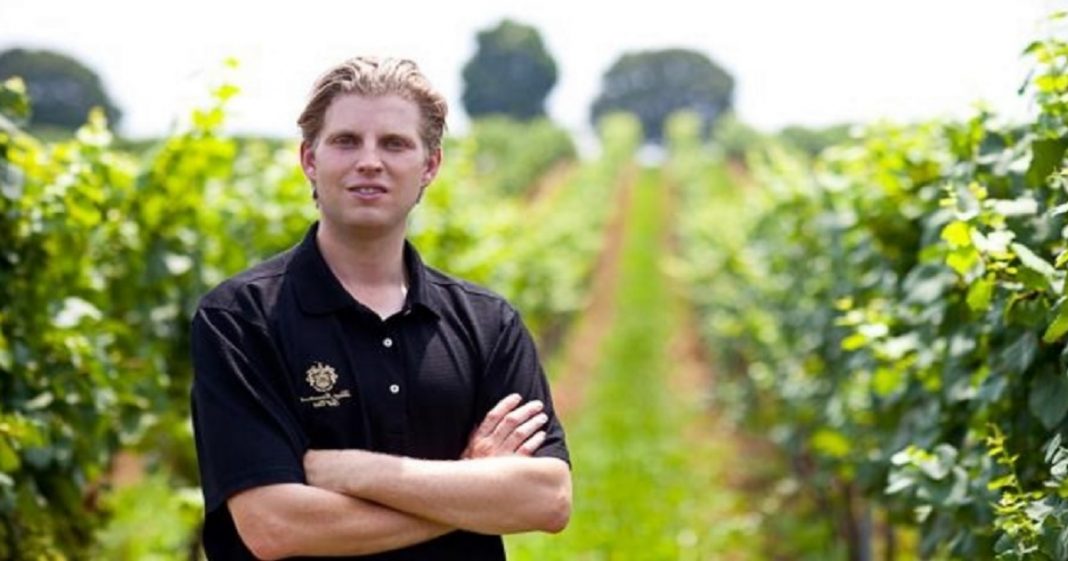 A wine company bearing the infamous Trump name, as well as family financial ties to the POTUS, is experiencing a bit of difficulty finding foreign laborers to maintain their crops amid the president’s recent action concerning undocumented immigrants and non-citizen residents.

The Virginia-based wine company which is owned by President Trump’s son Eric requested this week 23 foreign worker visas to assist the company in planting and harvesting the grapes used to make the wine.

The Trump winery applied for the visas through the H-2A process, one of many foreign work visa programs that seek out workers for jobs Americans don’t want. Often, companies will price the jobs far lower than any American would accept in order to bypass paying American workers and resulting in a lower overhead cost for their products.

Bringing in foreign workers on the H-2A visa system is no unusual act, but considering how President Trump spends his time harping on non-Americans in America, as well as companies using foreign workers instead of hiring Americans, the President should be completely against his son’s request.

If granted, the Trump Vineyard Estates LLC would pay its foreign workers $11.27 an hour to work the 1,3000 acre farm beginning in April of this year. That is a low wage for hard manual labor, and at such a low price tag, the Trump Vineyard ensures that no American will accept the job. If they paid a bit more, though, that would be the creation of 23 more good, American jobs.

How the Trump family can justify bringing in 23 foreign workers while the President is actively deporting other Americans? How can he support a business bearing the Trump name employing non-Americans while continuing to demonize companies that move their factories overseas?