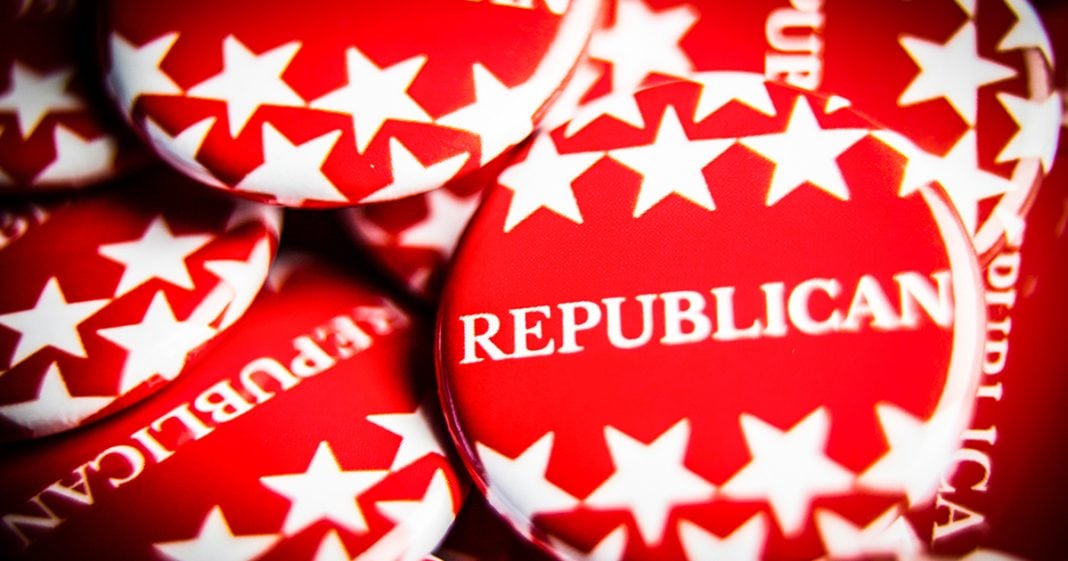 Democratic candidates for U.S. House races actually received more votes than Republicans in the last midterm election. However, Republicans managed to hold onto power in the House because they have gerrymandered their way into a permanent majority.  Why aren’t more Democrats and activists speaking out about this important issue that threatens our democracy? Ring of Fire’s Farron Cousins discusses this.

The Republican Congress before the November 8th elections had an approval rating of under 20%. That’s not a fluke. For the last four to six years, congressional representatives led by Republicans, Congress as a whole, has had an approval rating well below 30% for six solid years. So it’s remarkable that in spite of the fact that the majority of Americans do not like the job that Congress is doing being led under the Republicans, that all of these people get re-elected. Well, we all know the answer to that. The answer is because the Republicans have gerrymandered themselves into a permanent majority. That’s nothing new. In 2014, the majority of votes cast for United States House of Representatives races went to Democrats. Republicans still won the majority, even though the majority of Americans voted for Democrats. You see how messed up that is? Again, it goes back to the gerrymandering. Republicans have carved out these weird districts for themselves to exclude Democratic voters, or to include just enough Democratic voters to take them away from another county so that county can also go Republican along with the gerrymandered district. That’s what this is about.

Again, we all know this. This is not a secret. These reports have been coming out for years. We understand what’s happening. The question — and this was a question posed by Washington Post — is why the hell isn’t anybody doing anything about it? And not just the members of Congress, because obviously they don’t want to act on it because they could lose their district, lose their seat next election, which they should. Where are the protesters? Where are the angry citizens? Where’s the media coverage of this issue? Now, I know that Donald Trump does a stupid thing at least once every couple of hours, and so the media has to talk about it. We talk about it because it affects this country. But when it comes to this issue of gerrymandering, it essentially negates a lot of people’s votes in the United States. It negates the will of the voters, not just their vote, but what they want to see happen in this country.

The majority of the people in the 2014 elections did not want Republicans to retain control of the House of Representatives, but they did, just like the majority of Americans in the presidential election didn’t vote for Donald Trump, but he still won. That’s an electoral college issue, not a gerrymandering issue, but it’s along the same lines. The will of the American voters is going unheeded. The votes of American citizens are being thrown aside. They don’t matter. Those three million more votes that Hillary Clinton got over Donald Trump in the general election, they literally didn’t matter. People should be more angry about that. The fact that more people voted for Democrats than Republicans in House races, and yet Republicans retained control of the House, that should make people mad.

We have seen a lot of protests, a lot of marches, a lot of really great citizen activism so far during the first three or four weeks of the Trump administration. But this is an issue that we all have to get active about, and this, to be honest, is a bipartisan issue because not every gerrymandered district is controlled by Republicans. There are some controlled by Democrats, only about 20% of them, but that’s still 20% where Republicans don’t have a voice. Everyone in this country deserves a voice, and our vote is that voice. Republicans for the most part are taking that away from us. The electoral college has taken that away from us. If you think that we honestly live in any kind of democracy, you are kidding yourself, because at the end of the day, our votes really don’t matter.