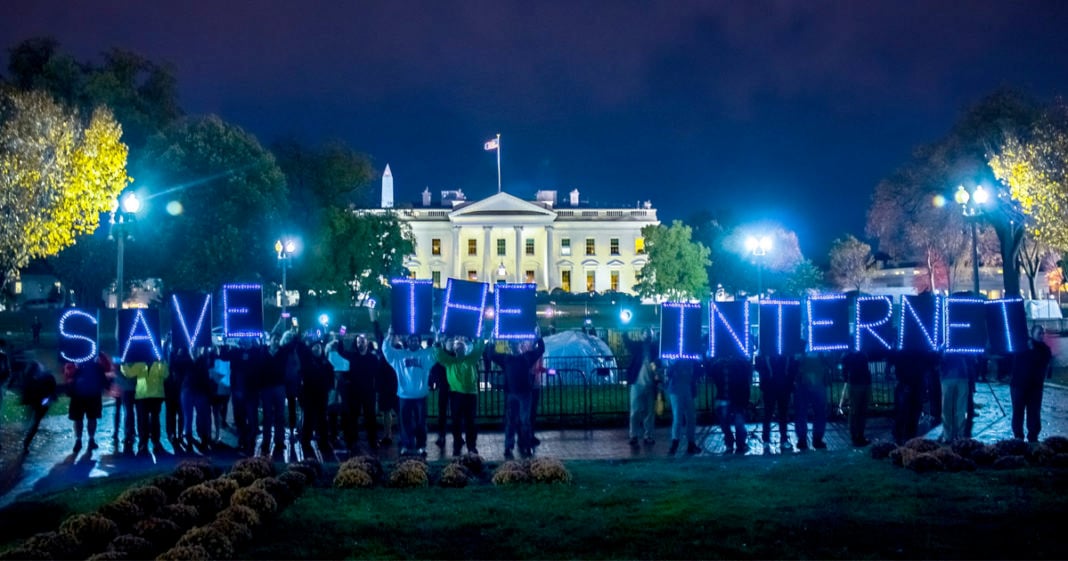 Progressives nationwide are getting amped up at marches and town halls across the U.S., which has paved the way for #DemEnter: A movement for progressives to conquer lower levels of the Democratic Party. But if the Trump’s new FCC head has his way, it could signal an end to an important thing that corralled progressives and fueled Bernie’s rise: free and open Internet. Lee Camp explores how the administration’s stance on net neutrality threatens the very access to alt news sources that fired up progressives in the latest Redacted Tonight.