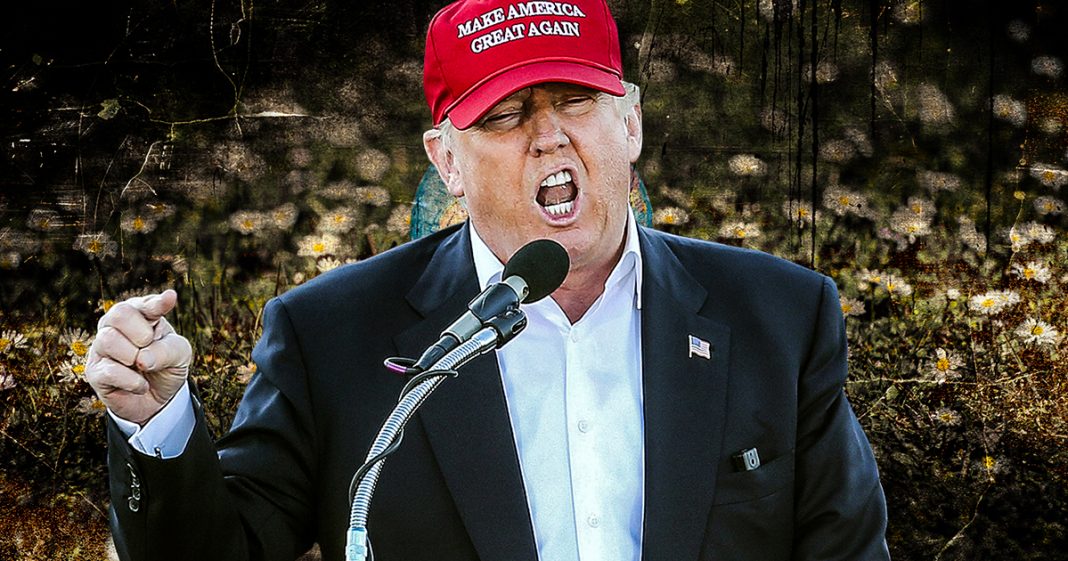 A freshman Congressman from Florida has introduced legislation to completely abolish the EPA.  Scott Pruitt has vowed to restructure the EPA.  And now, we’re hearing reports that the Trump administration might be doing away with the EPA’s enforcement division, making the agency completely powerless to rein in corporate polluters. Ring of Fire’s Farron Cousins discusses this.

According to a report on Think Progress the Trump Administration is weighting whether or not to eliminate the EPA’s Office of Compliance and Assurance. Now what this means is that the Trump Administration is considering at this moment getting rid of the office within the Environmental Protection Agency that actually enforces the laws. This is the part of the agency that issues the fines, that issues the sanctions if you will. They’re the ones who hold corporate polluters accountable. The Trump Administration is seriously considering getting rid of this part of the EPA; at which point the entire EPA itself becomes useless. If they cannot enforce any of the laws that they are legally required by the Supreme Court to enforce, if they can’t enforce them, what’s the point of having the agency?

Well according to Freshman Republican Matt Gates in the US House of Representatives, there is no point to an EPA. This nut job on February third introduced legislation that would completely abolish, get rid of forever, the Environmental Protection Agency. Three other Republicans, most of whom have served for only two years, one served for four years in the US House, have signed on to Gates’ legislation. Right now we have a multifaceted attack against the Environmental Protection Agency.

Why? Why is it so important for Republicans to let corporations pollute and destroy our environment and destroy our lives? Listen, Republicans like to frame the issue of pollution as, “Oh, well we’ve poisoned a body of water. We’ll clean it up, don’t worry about it. Yeah, we put some stuff in the air, but look, the wind kind of blew it away.” They don’t look at it in the long term effects.

When they talk about somebody dumping poisons in a river and then people getting mad about it they say, “Oh, these tree huggers.” It’s not just about the poison you dumped into the river or the body of water or the landfill. It’s what happens to that poison after you do that. It kills wildlife and it gets into the systems of human beings. It causes cancers. It causes other abnormalities, birth defects. The effects of this are endless. In many cases they stay in the environment for decades, longer than any of us will ever be alive. That’s the problem. That’s why we need that EPA Enforcement Agency. It’s not just to say, “Don’t dump that in the river”, it’s to say, “don’t kill American consumers because you don’t want to properly handle your waste.” That’s the issue here.

We do have to protect the environment. The reason for that is because we depend on it to live. If the environment goes south, we go south as a species. That should be a concept that everybody fully understands. You only have to have roughly a middle school level of science education to understand that. What happens when you destroy a habitat of a species? That species goes extinct. When you take away all of the resources that a certain species, say human beings, depend on for life, that species will go extinct.

Are corporate profits really that worth it? Is it that important to you to get that campaign money from the fossil fuel companies or from the chemical industries? Is it that important to you to put the entire human species in North America here at risk? To me it’s not. I think if you framed it that way to every since American citizen in this country it wouldn’t be acceptable. That’s why people like Matt Gates who sponsored this legislation to kill the EPA, that’s why the Trump Administration they don’t care. All they care about is money and the next campaign. That’s what Gates is looking for. He’s trying to sure up his conservative credentials, trying to say, “Look at me, I’ve been in the US House of Representatives for like five days and I did a thing.”

Well you did a thing that’s going to kill people, Matt Gates. As for the Trump Administration, you’re proposing, considering, weighing the possibility of doing something that will result in the deaths of American citizens. The worst part is it’s not even like it’s a swift death. It’s deaths that will take five to ten years of grueling agony as people develop cancers and tumors that cannot be treated, children born with brain malfunctions because of the poisons that their mothers drank because corporations dumped it into the water. Slow and painful death is what we get from the Republican party. They just seem perfectly fine with that.