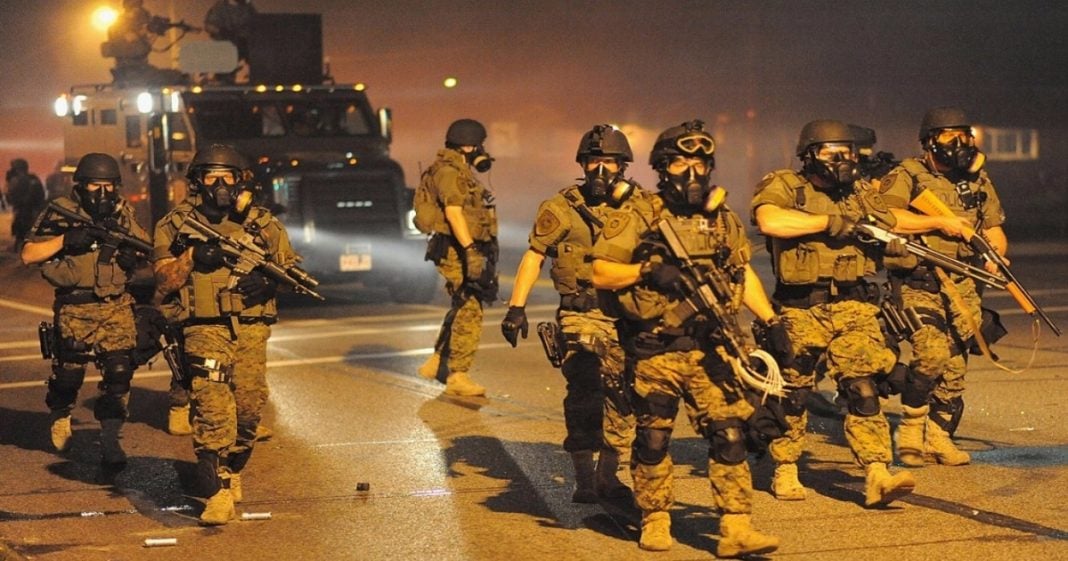 Now that President Trump has had marginal success at ambushing and detaining immigrants in certain west coast cities with little protest, he is considering expanding his efforts on a national scale using the U.S. National Guard.

According to the Associated Press, the president is currently mulling the idea of mobilizing as many as 100,000 members of the national guard in order to “round up,” undocumented immigrants. At the time of publishing the information, neither the DHS nor the White House responded to requests for comment.

The memo, written by Department of Homeland Security Secretary John Kelly, notes that Governors in each individual state would be able to opt their state’s national guard out of participation, but unless a state is being led by a Democrat, the chances of them turning down the offer from Trump is nil.

White House Spokesperson Sean Spicer denied the reports after they were circulated, saying that it is “100% false,” but the White House’s reputation for telling the truth is tenuous as best. Spicer’s refutation does not say anything about the very factual presence of a memo from Kelly – does he think the document widely shared is forged? And even if the White House claims the report is false, why didn’t they respond before the story was published?

1) Memo written by DHS Sec. Kelly
2) Govs. would “have a choice” whether “their…troops participate” pic.twitter.com/RnZCJpmtx3

There are about 341,000 National Guard members total in the US, so this would use roughly one third of those for deportation purposes.

President Trump made the deportation of undocumented immigrants a staple of his presidential candidacy, but appeared to soften his stance as he got closer to the presidency. His most recent comments on the issue suggested that he would only pursue the deportation of residents who had committed felonies, not the millions of others who were living peacefully and contributing to society.

Still, the implementation of the Muslim ban gave Americans an idea of how to-the-letter actions ordered by Trump would be. Even legal residents, and even U.S.-born citizens were detained in the aftermath of the ban, indicating that no one is safe in this deportation move.

Yesterday, cities across the nation held “A Day Without Immigrants” to show the vital contributions immigrants make on this great nation – it appears that we may all need to turn our focus to preventing these vulnerable populations now that Trump is considering using the U.S. Military against its own peaceful residents.

These are people with lives, families, cares, and worries. They are now expected to be “rounded up,” like cattle by the U.S. military that is meant to be used against foreign enemies? This is illegal, unconstitutional, and wrong, and the response to even the suggestion of this idea must be swift and loud.