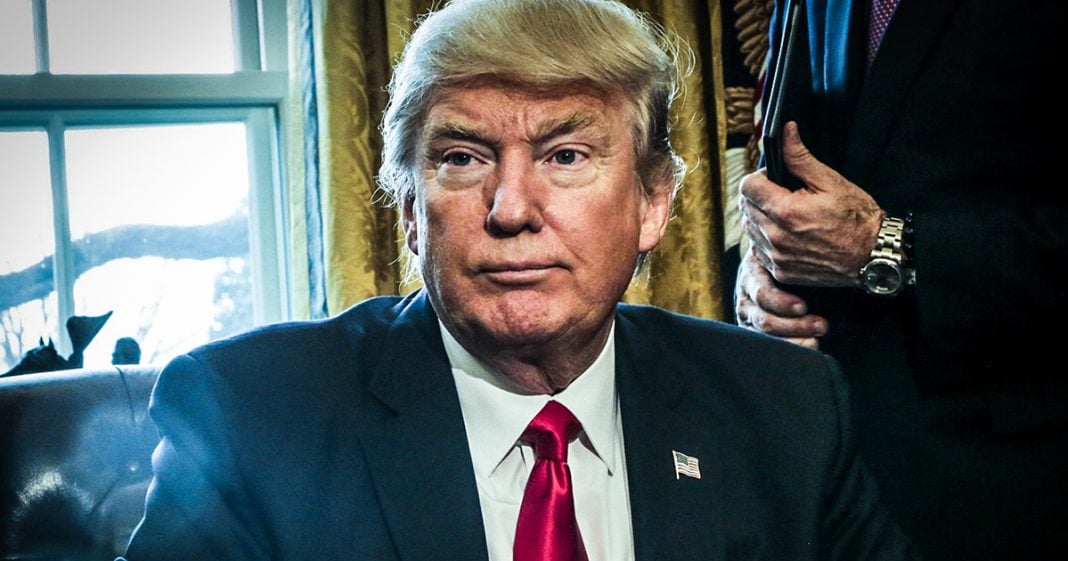 According to a draft memo obtained by the Associated Press, the Trump administration is considering unleashing as many as 100,000 National Guard troops to round up undocumented immigrants. Ring of Fire’s Farron Cousins discusses this.

The Associated Press has obtained a draft copy of a memo from the Trump administration that outlines a plan by the administration to unleash as many as 100,000 National Guard troops on US soil to help round up undocumented immigrants across this country. While in the past the National Guard has been used in manners such as this, to help round up undocumented illegal immigrants, this move by President Trump is unprecedented because it stretches as far north as Portland, Oregon a place that usually does not get raided for undocumented immigrants, as far east as New Orleans, Louisiana also includes the states of Oregon, Nevada, Utah, Colorado, Oklahoma and Arkansas in addition to California, Arizona, New Mexico and Texas.

This story not very old at the moment, we’re not quite sure whether or not Donald Trump is going to follow through with this, but considering that the memo has been drafted, it is very likely that we will see some form of National Guard troops deployed in the United States to help round up immigrants. If you don’t see the danger in what this administration is trying to do here, then you clearly know nothing about history. This is exactly how it starts folks. You have an authoritarian regime, which is what we have with Donald Trump, and they point out some kind of fictitious enemy. Maybe it’s the undocumented immigrants. In Nazi Germany it was the Jews. In early United States history it was the indigenous people. You always find an enemy and then you set about rounding them up once you have the public riled up enough against that particular group.

It never ends well, never throughout the course of human history has it ended well when one group of people decide to send armed troops out to round up another group. A group that you’ve painted as the enemy to your people, and that’s what is happening in the United States today. Donald Trump wants to send National Guard troops to round up anyone who they believe is an undocumented immigrant, because undoubtedly you’re going to get legal immigrants swept into these raids. You’re going to get United States citizens, people born and raised here that are going to get rounded up, and it’s going to be up to them to prove their citizenship if they are even given that opportunity. This is a dangerous, dangerous precedent for Trump to be setting right now, and it’s going to end badly for everyone, not just immigrants because after they round up the immigrants, if Donald Trump doesn’t have a perfect economy, a perfect administration, who’s the next group that he’s going to blame for our problems? Who’s the next group that’s going to be rounded up and thrown in the back of police cars and shipped off to another country. It will happen if we allow this to happen, and that is the danger of Trump’s administration.