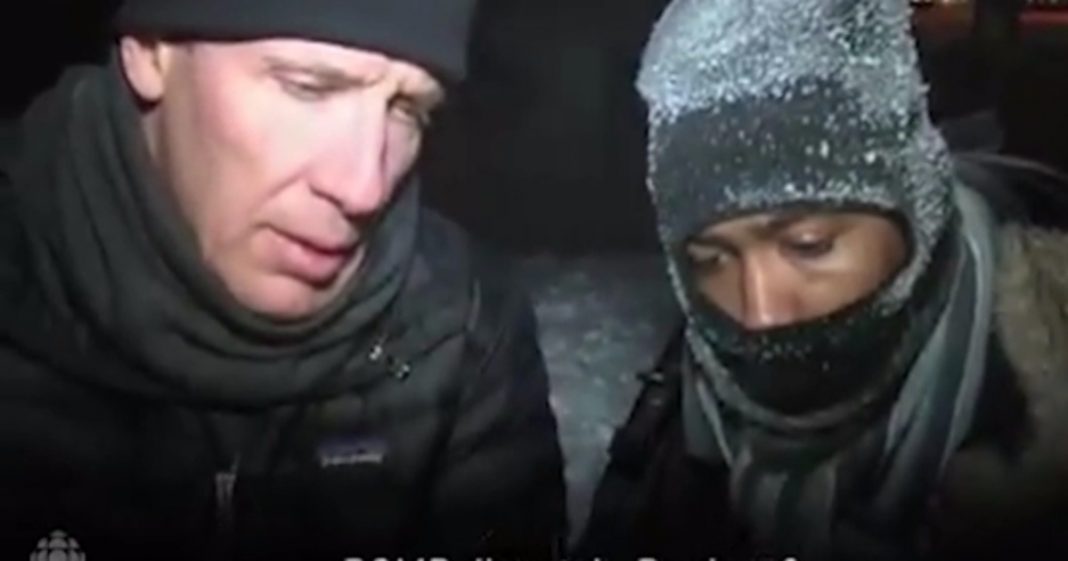 Since Donald Trump took office, Canada has been experiencing unexpected and unprecedented movement on its southern border as refugees and immigrants flee the U.S. seeking safety with the northern neighbor.

Because of this, and because of Donald Trump’s overtly hostile view of refugees and immigrants, many who are already in U.S. borders have begun fleeing northward, seeking safety in an increasingly unsafe nation.

Just this week, one of these refugees, a Somali man, trekked through freezing temperatures and snow across the border, reportedly walking for 21 hours straight to seek asylum in Manitoba.

According to NBC, the man was spotted by a CBC reporter at 4:30 in the morning on Saturday. The reporter found the man walking through the snow, bundled up. The refugee kneeled on the ground, his hands up in surrender. He was greeted by an introduction from the CBC reporter who asked him a few questions before telling the lost man that he was in Canada – safe.

“I have a problem. America is [the] problem now.”

The reporter placed the man, Muhammed, in his car to warm up and he was later picked up by Canadian law enforcement and taken to receive medical care.

This should make every American ashamed. That this man, who is on American soil through legal means, was made to feel so unwelcome and so threatened in this “land of the free,” that he faced danger and possible death by exposure to escape to more friendly lands. This man has already been forced to flee his homeland, and rather than being welcomed and comforted, given a second chance at life, we only made him run further.

If we are seeing these individuals fleeing in the freezing winter, Canada can likely to see much greater numbers when the ice begins to thaw.