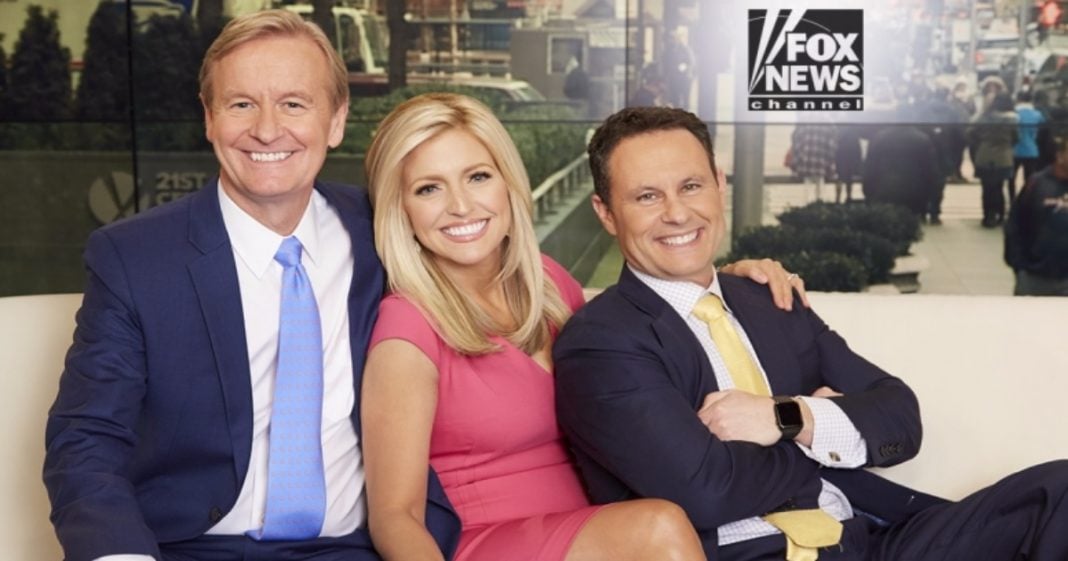 President Donald Trump has often makes some extreme claims (understatement of the century?), but during an infamously disastrous press conference held on Thursday, President Trump made a hilariously false claim when he endorsed “Fox and Friends,” as the “most honest” morning news program.

During his press conference, Trump berated CNN, the BBC, and others for being “fake news,” but brought up “Fox and Friends,” seemingly out of the blue, to lavish praise on the morning show.

“I watched this morning a couple of the networks, and I have to say, “Fox & Friends” in the morning, they are very honorable people. Not because they are good, because they hit me also when I do something wrong, but they have the most honest morning show. That’s all i can say. It’s the most honest…”

The president stopped just short of directing his supporters to watch the show, seeming to have learned something from the unethical actions of his spokesperson Kellyanne Conway last week. Still, his suggestion that the show is the “most honest,” is laughable.

This isn’t the first time that the POTUS has given public lip-service to the Fox News network as they continue to shill shamelessly for the erring president. After all, Trump was close friends with ousted sexual predator Roger Ailes who headed the network for years. But even with Ailes out, the ceaseless lying on Trump’s behalf has continued.

Fox was even successful at ousting one of their few Trump-skeptical anchors Megyn Kelly, who, despite saying that Jesus was white, often told the truth about Trump during the election. Ever since she left the network, though, things have been peaches and cream for the president on the Fox News Network.

In the era of Trump, being on the man’s good side, or being a “friendly reporter,” as he said during his press conference, can only mean one thing: unfettered ass-kissing and a consistent lack of scrutiny.

To be liked by Trump is to be a liar, and only the lowest of the low will meet that metric.