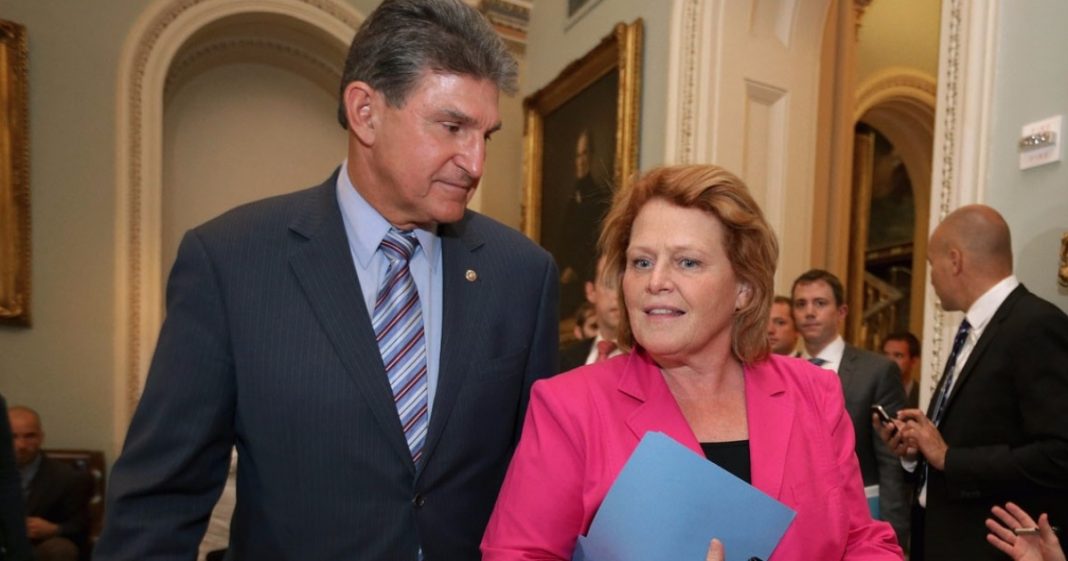 President Trump’s pick to head the Environmental Protection Agency Scott Pruitt was confirmed by the Senate on Friday morning, due in no small part to the vote by two Democratic Senators who shirked Democratic duty to vote against their constituents’ interests.

The vote was recorded at 52 to 46, with Pruitt needing 51 votes to be confirmed. Two Democrats voted to confirm Pruitt, West Virginia turncoat Joe Manchin III and North Dakota’s Heidi Heitkamp.

One Republican, Susan Collins of Maine, broke with her party to vote against the confirmation of Pruitt.

Because Pruitt needed 51 votes, one of the two Democratic votes were vital to put him over the edge. This is especially true because Republican John McCain was not present to vote – and would have voted for Pruitt. Joe Donnelly, an Indiana Democratic Senator, also did not cast a vote.

Pruitt, like many other appointees, was strongly opposed by advocacy groups. Pruitt made his career in Oklahoma as the Attorney General, spending most of his time suing the very agency he is now heading.

According to the New York Times,

“Democrats, environmental groups and even current E.P.A. employees have harshly criticized Mr. Pruitt’s record of fighting the mission of the agency he will now lead, as well as his close ties with the fossil fuel industry he will now regulate.”

Democrats pushed through the night on the Senate floor to delay the vote on Pruitt, noting that the Oklahoma Attorney General’s office was set to release 3,000 emails belonging to Pruitt which would show his communications with the fossil fuel industry.

Not wanting to wait around for evidence that would make their vote feel more corrupt, Mitch McConnell and the rest of the Republican-dominated Senate pushed for a vote this morning, confirming Pruitt.

But though Republicans are the ones who by-and-large put Pruitt in the seat he is now occupying, they could not have pulled it off had it not been for the spineless action of these two Democrats.

Many have defended Manchin and Heitkamp, saying that their moderate stances are the only things keeping them in office, still as we watch Pruitt and Trump dismantle the EPA and neglect the environment, will that be any excuse?