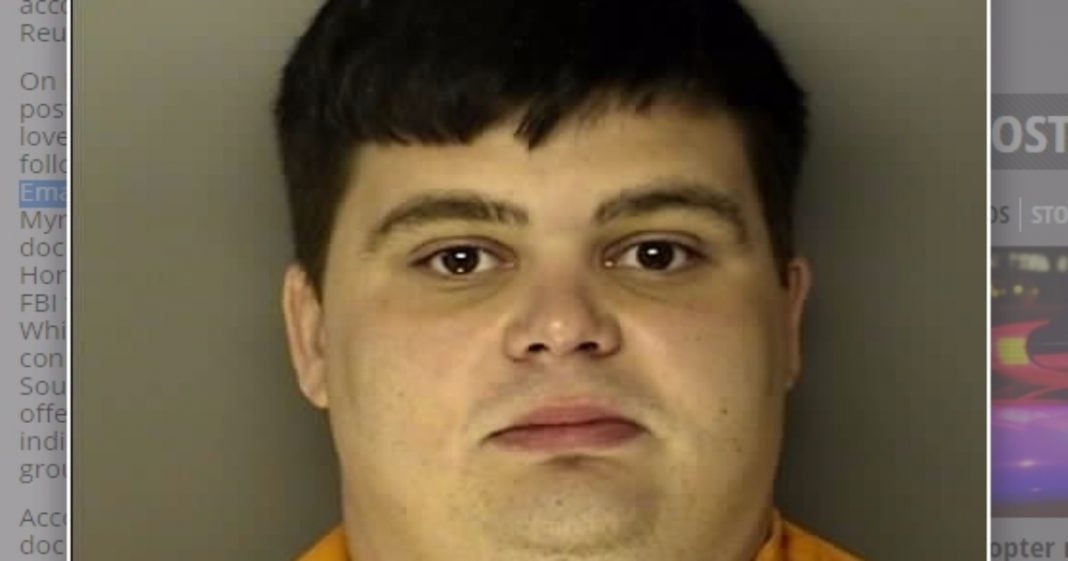 A White Supremacist was thwarted from completing a planned terrorist attack on a Synagogue inspired by Dylann Roof this week when he was arrested after purchasing a gun from an undercover FBI agent in a sting.

Benjamin Thomas Samuel McDowell purchased a gun from the agent with the intention of carrying out a Roof-inspired terrorist attack on the Temple Emanu-El Conservative Synagogue in Mrytle Beach, South Carolina.

Police had been monitoring McDowell under suspicion that he was planning an attack of some kind after federal complaints were made about his online activity. McDowell is a known member of a white supremacy group and had vocalized support for Roof several times in forums online.

McDowell first made contact with an undercover FBI agent in January of this year when he met with the agent he believed was involved with the Aryan Nation. During that meeting, the two discussed how to obtain a gun to carry out an attack and get away with it.

McDowell told the agent that he wanted to carry out a terrorist attack, not get caught, and tell the world that it was in honor of Roof.

When McDowell later met again with the same undercover agent, he purchased a .40 caliber Glock that had been, without his knowledge, altered to make it inoperable.

It goes without saying that if this man had been brown-skinned with a Muslim-sounding name, Donald Trump would have already made a comment about the planned attack. As it is, media outlets will likely refer to this white terrorist as a “lone wolf.”

Despite the ongoing narrative, we know for a fact that McDowell, Roof, Bissonnette and more are part of an organized, online, terrorist cell. White Supremacy is a dangerous cult that can and does produce violent attacks, similar to how ISIS operates. Our continued ignorance of this growing group of violent agitators means that we are headed for yet another deadly attack.

We should be taking this vein of white supremacist domestic terror as seriously as we do the threat of refugee terrorism. Doing anything else is blatant racism from our POTUS and the GOP.