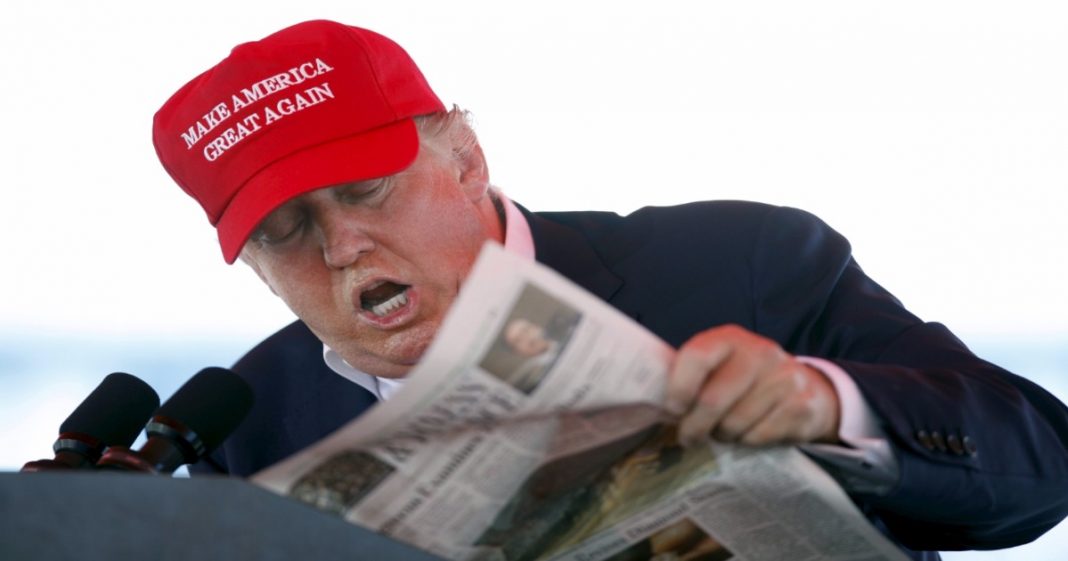 Thanks to leaks from inside the White House, we now know that President Trump has instructed his aides to provide him vital intelligence information in the form of one-page documents with simplified language and graphics, lots and lots of graphics.

We already knew that we were dealing with a social media president whose attention span lasted just about 120 characters, but the full extent of President Trump’s complete lack of intelligence and intellectual capabilities was recently brought into stark relief.

According to reports from anonymous sources inside the White House, the usual intelligence documents provided to President Obama were anywhere from 12 to 14 pages, and provide the full description of events, policy, and other vital knowledge. While Obama’s briefs were lengthy, most other Presidents depended upon briefs that were approximately six to eight pages – never just one.

Trump himself said as much to media outlet Axios, making it sound more economical, rather than less informed.

“I like bullets or I like as little as possible. I don’t need, you know, 200-page reports on something that can be handled on a page. That I can tell you.”

For Trump, those reports are just one page long, with bullet points – but no more than nine. In addition, the president (like a child) enjoys his briefs to feature lots and lots of graphics and maps.

Yes, it seems that the information our president is receiving on issues as important as Russia launching illegal missiles and floating a ship 30 miles off of the coast of Connecticut are being handed over in the form of illustrations and a few basic sentences. How can he fully understand complicated government matters in just a few lines of copy? Simply, he cannot.

We are operating under a cliff notes president who reads less than your average third-grader.