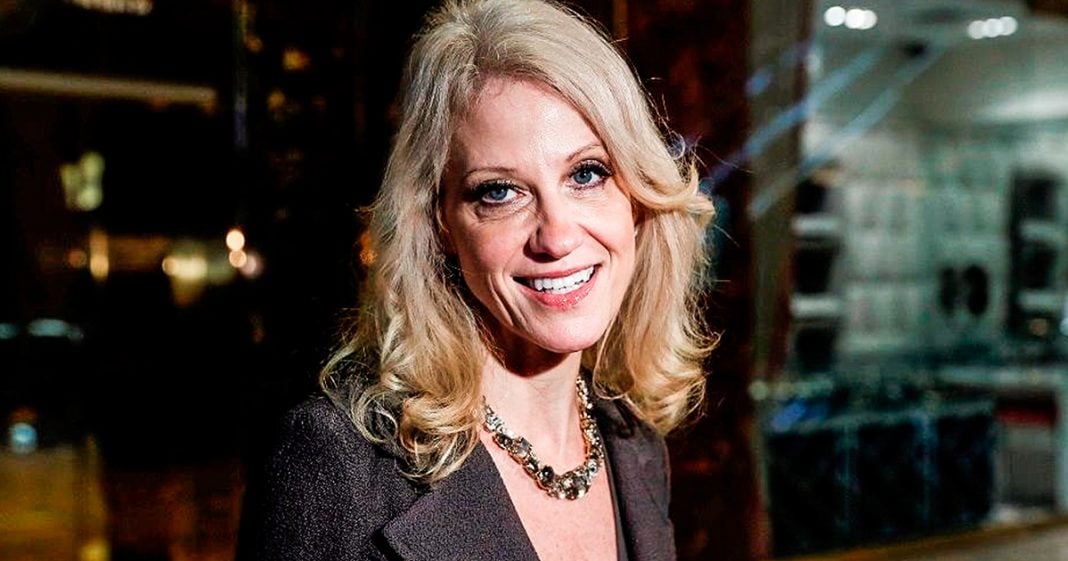 Kellyanne Conway has promised that she’s going to “reduce” her TV appearances, but what she didn’t mention was the fact that media outlets are telling her that she’s not welcome back on their networks because she seems to have a big problem with facts. Ring of Fire’s Farron Cousins discusses this.

Sure, I’m positive it’s good for ratings because everybody wants to tune in and see what kind of crazy thing Kellyanne Conway is going to say today. But, at the end of the day, it is the job of the media to inform the public, to keep us aware of what is going on in the world. I think media outlets are finally at least a little bit starting to wake up to the fact that you cannot rely on Kellyanne Conway to give you anything substantial in an interview. She spews out these lies, these alternative facts as she calls them. She defends people and clearly she’s not even in the loop with what’s actually happening in the White House when she defended Michael Flynn just a few hours before he was forced to resign in disgrace. So, nobody wants Kellyanne Conway.

But, similar to how Donald Trump would handle it, according to Kellyanne Conway, it’s because she just doesn’t want to do as much media. She wants to focus more on her job within the Trump administration, maybe start paying attention to what’s actually going on inside that train wreck of a Trump administration, so she’s not going to spend as much time talking to the media. I think that on behalf of all media outlets across this country, we’re glad. We don’t want to see you on television anymore. We don’t want to have to keep reporting on the crazy things that you say. We don’t want to have to pay attention to you, so if you want to say that you’re voluntarily taking yourself off TV, go ahead and say it. It doesn’t matter to us because we’re not going to miss you, not even a little bit.