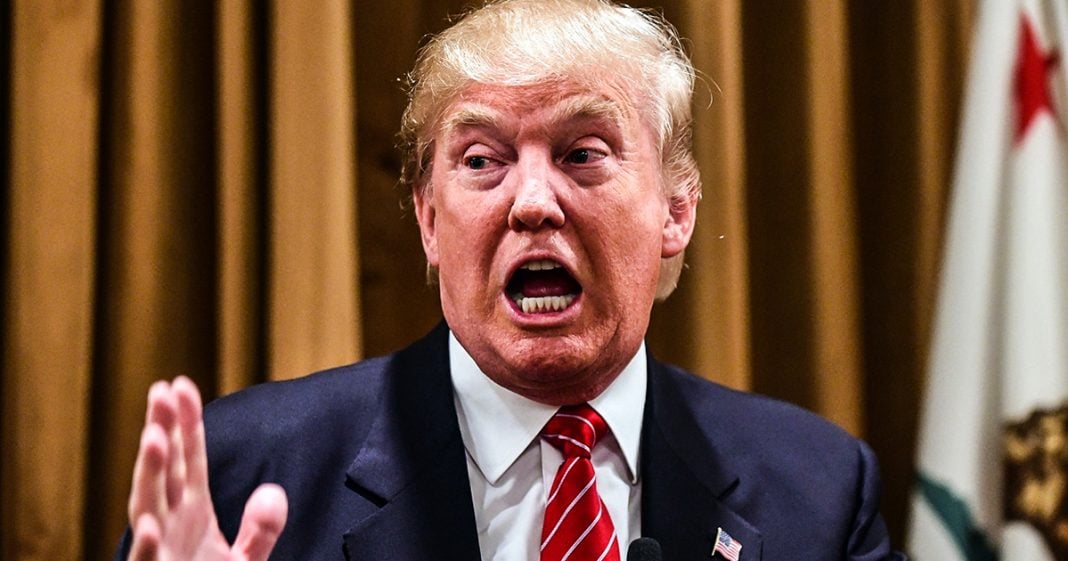 Republicans in both the House and the Senate, if they had any dignity, could easily put the brakes on the corruption occurring within the Trump administration, but they are too cowardly to do so.  They could turn their party from the villains into the heroes, but they don’t have enough sense to do the right thing. Ring of Fire’s Farron Cousins discusses this.

Here’s the reason that this is important. We all know the answer to this. Rand Paul gave it to us earlier this week. It doesn’t make sense for Republicans to investigate Republicans is what Rand Paul told us. Of course, the Republicans in Washington are not going to look into this matter. Again, here’s why this is important. The Republicans have to understand, especially those in the house of representatives, every two years in this country there is an election. Unless you’re planning on changing that, you’re going to have to answer for the fact that you let this administration get away with crime after crime. You’re going to have to go back home and tell your constituents yeah we knew that they had illegal contact with foreign countries, that they were talking to foreign leaders when they weren’t supposed to, that they were out there enriching themselves based on the office of the White House. Come on they’re Republicans. So are we. We couldn’t investigate that.

The majority of this country right now considers itself to be Democrat. Now that’s a very tiny majority. We have a lot of independents, and we have a lot of Republicans. There were plenty of Republicans who were not necessarily happy that Donald Trump was their nominee. There are plenty of Independents who voted for Donald Trump who could just as easily swing back to the Democratic side in the next election. Plenty of Democrats who sat out the last election because they didn’t like Hillary Clinton, but they will return in 2018 for the mid-terms.

Do you see where I’m going with this? There are a lot of people in this country right now who are not necessarily tied to the idea of simply voting for a Republican because they are a Republican. That should scare members of the house of representative and senate Republicans. It should be terrifying Donald Trump right now. In fact that’s probably why he’s planning to go to South Florida this weekend to do a campaign event for 2020.

Republicans are going to have to answer for the fact that they are not doing anything about the corruption within the Trump administration. Again, we’re less than a month into this, and we’ve already seen one high ranking official have to resign because of potential criminal activity and covering up that activity. We have seen Kellyanne Conway go on the media outlets and shill for Ivanka Trump. A move that is in direct violation of federal law. Donald Trump himself out there attacking media outlets, attacking retail stores, attacking anyone who says anything about him, Saturday Night Live, and doing it all to enrich himself. If Republicans choose to not go after Trump, to not investigate him, we can’t force them to. The only thing we can do is hold them accountable for that when they come up for re-election in 2018.