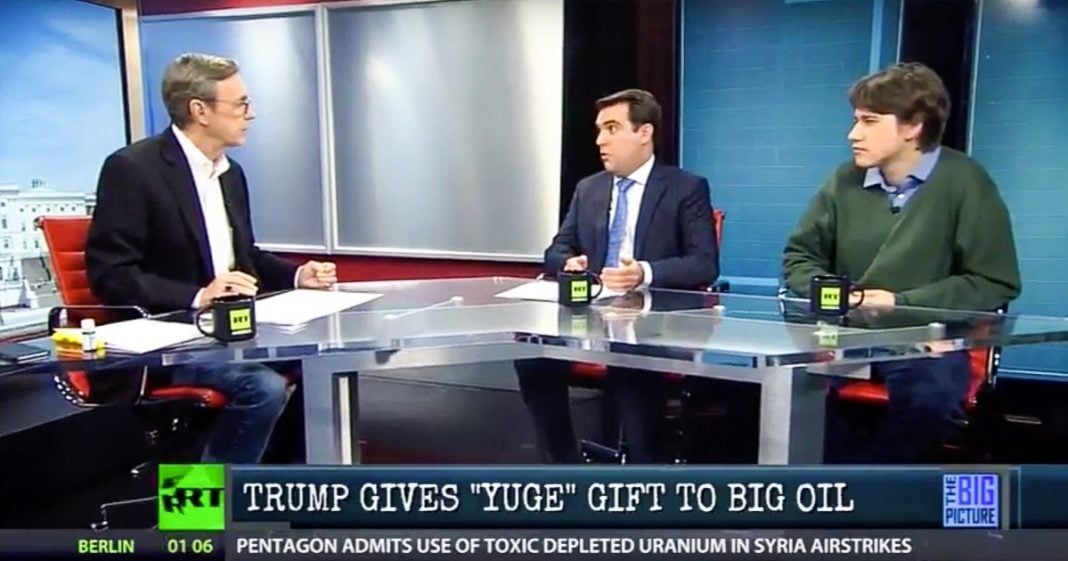 Big Picture Panel: Travis Korson, Madison Strategies & Alex Pfeiffer, The Daily Caller. With the richest cabinet in United States history – Donald Trump is clearly not “draining the swamp” in Washington DC – but he is making it easier for US oil companies to buy favors in other countries around the world. Using the Congressional Review Act Trump repealed a set of rules that forced oil companies to disclose any payments that the companies made to foreign governments in exchange for valuable mining and drilling rights. The rules had been staunchly opposed by energy industry executives – including now-Secretary of State Rex Tillerson – and the repeal is nothing more than a massive gift to the American oil industry. Isn’t it clear that Trump is favoring corporations over his supporters – and contradicting the populist rhetoric he spouted throughout his whole campaign?