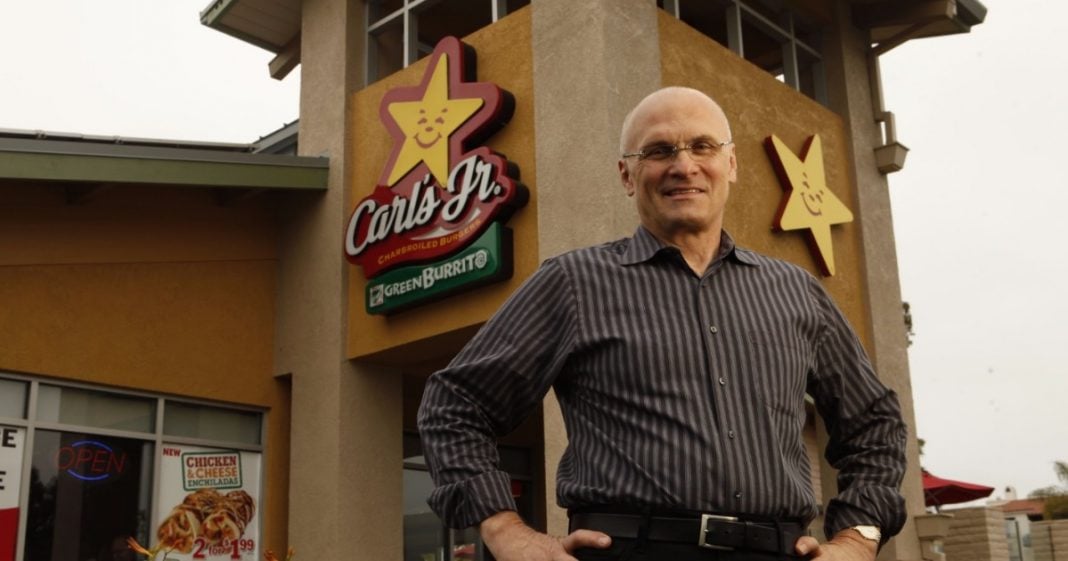 On Wednesday afternoon, Trump’s pick for Labour Secretary Andy Puzder announced that he was removing himself from consideration after facing backlash for allegations of domestic abuse in his past.

Puzder, the CEO of the Hardee’s Carl’s Jr. chain of fast food restaurants, was expected to take over as Labour Secretary at the request of President Trump, but his confirmation hearing was delayed several times because Puzder failed to hand over the proper paperwork required.

Puzder’s confirmation hearing was scheduled for Thursday, a day after he resigned.

I am withdrawing my nomination for Secretary of Labor. I'm honored to have been considered and am grateful to all who have supported me.

Puzder’s anticipatory resignation comes not long after the Trump administration was forced to ask for the resignation of NSA chief Michael Flynn. Unlike Flynn, Puzder slipped out of his obligations before taking office, not after.

The controversy surrounding Puzder was multi-faceted. Many criticized his business practices heading the Hardee’s and Carl’s Jr. corporation, as well as his vehement opposition to raising the minimum wage.

Puzder’s bad luck came to a head this week after Oprah Winfrey released an episode from her Oprah show in 1990 which featured Puzder’s ex-wife Lisa Fierstein sharing her experiences at the violent hands of the Labour nominee.

In response to this uncovered video evidence, the White House announced that they planned to withdraw Puzder’s nomination, but before they could do so, Puzder himself bowed out.

Of course, Puzder didn’t blame his resignation on his own actions or the actions of a past self. Instead, he complained that he was “tired,” and didn’t care for the scrutiny he faced from a Democratic opposition.

It’s time again for Donny Boy to search through his old rolodex and dredge up another creature from the swamp to fill this new vacancy.