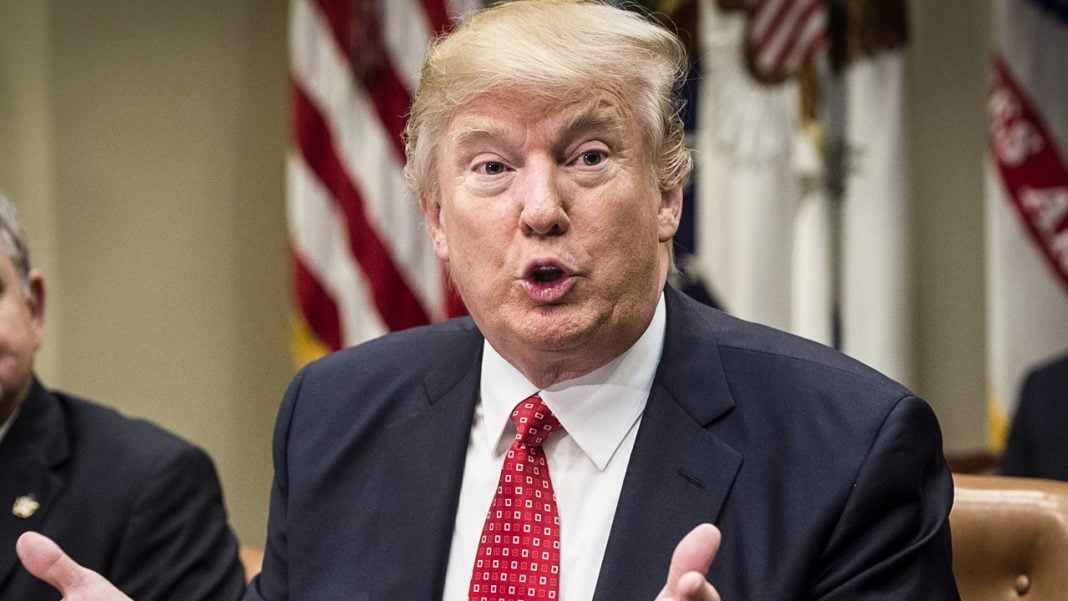 Every few hours a new story emerges showing how dysfunctional and corrupt the Trump administration has become, with press leaks, resignations, and ethics violations.  So Trump did the only thing he knows how to do – he attacked the media, Obama, and Hillary Clinton, blaming them for all of his troubles. Ring of Fire’s Farron Cousins discusses this.

If you’ve paid attention to anything happening in the world in the last 24 hours, you understand that the Donald Trump administration is absolutely falling apart under the weight of its own corruption and incompetence. The latest reports are showing us that actually, as it turns out, members of the Donald Trump campaign might have had contact with Russian intelligence officials before the Presidential election. Now this is not necessarily, as far as we know now, regarding any of the DNC leaks, any of the DNC hacks, but it is regarding Trump campaign officials discussing with Russian intelligence officials what may or may not happen if Donald Trump wins the Presidency. A move that is highly unethical and mostly likely illegal.

Now Donald Trump understands that his administration is falling apart. He’s had Michael Flynn resign, and Flynn, I promise you, is just going to be the first domino to fall. So, what does Donald Trump do? Well, he does what he does best. He took to Twitter early in the morning on Wednesday to attack the press, the media, the so-called fake news outlets reporting all of this, which is literally every media outlet with the exception of Fox News. CNN, MSNBC, ABC, CBS, New York Times, Washington Post, blogs, and websites all across the internet, everybody’s talking about this, because it really is the biggest news in the country right now. Fox News isn’t, and so Donald Trump added a little thing on the end of his Tweet that said, “Hey, Fox & Friends, you’re doing great.”

The media, Donald, is not the problem at this point. The problem is that you are too corrupt and incompetent to lead this country, and you picked people to help you out, that were just as corrupt as you are. The media is not at fault here. The media is actually finally doing their jobs. We had requested evidence into this issue, and it looks like now that evidence is starting to trickle out as we continue to get these leaks from US intelligence officials who intercepted the phone calls between the Trump campaign. Now this is a big deal. A lot of people out there are still saying, “Well, it’s a good thing that they discussed Obama’s sanctions against Russia.” It’s not.

If the sitting administration wants to discuss sanctions, they can do that. Some guy, like Michael Flynn, who was not yet in a position of power, cannot do that. Trump’s campaign officials cannot do that. This is something that has to come from a sitting administration. What you do once you get into power, good or bad, it’s on your shoulders. You can’t circumvent the current President, like they tried to do with President Obama, just because they thought that Hillary Clinton, whatever, was bitter. And so, Donald Trump also in his Tweets threw out a couple attacks against Barrack Obama and Hillary Clinton, as if either of them have anything to do with what is happening with the Trump administration right now.

Donald Trump will not last until the end of this year. I mean, we’re less than a month in to his Presidency, and we haven’t gone a single day without some sort of massive screw up by the administration, or a fairly decent size scandal emerging. Whether it’s Kellyanne Conway going out and showing for Ivanka Trump or Michael Flynn sharing secrets with intelligence from foreign countries. Those are not okay. I mean, look. Just this last weekend, when Donald Trump went on vacation, he still managed to screw things up, when some idiot took a picture of the guy holding the nuclear football, plastered it all over the internet.

So now, everybody knows who the guy is who has this, they know who to target if you want to get the nuclear codes. You can’t get any dumber than that. So at this point, for the love of God, can we go a day? A day without a scandal? Maybe an hour? Hell, an hour would suffice, at this point. But, Donald Trump is so incompetent, that he can’t even give us the pleasure of a 12-hour span without some sort of scandal. And, like always, every time a new scandal erupts, according to Donald Trump, “It’s all been fabricated by the fake news.” Because, Donald Trump refuses to accept the reality that he is not good enough to be the President.