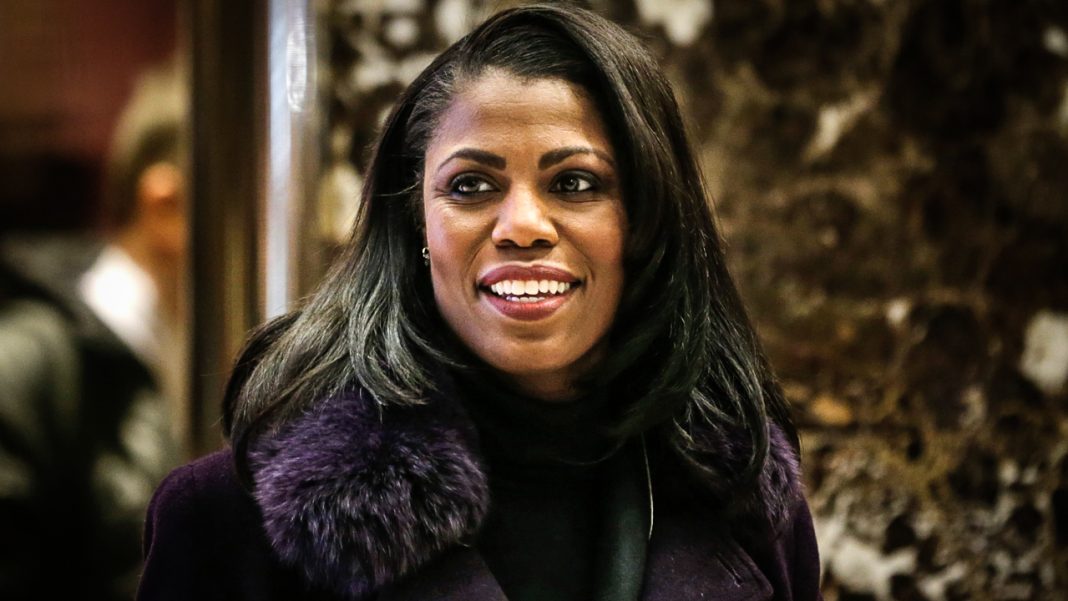 Former Apprentice candidate and current Trump staffer Omarosa Manigault lashed out at a reporter this week, saying that Trump has “dossiers” on all of them.  Is Trump compiling an enemies list of members of the press to use as blackmail?  It sure seems that way. Ring of Fire’s Farron Cousins discusses this.

According to reports, Omarosa Manigault, a Trump staffer, former star of The Apprentice, all around woman who is slightly unhinged, allegedly attacked a reporter, April Ryan, from the American Urban Radio Networks. Not physically attacked, but got in her face, was insulting her and threatening her to the point that Miss Ryan had to request police intervention because she felt threatened. Now, reporters from the Washington Post were there. They witnessed this. They’ve reported about this. But here is where the story get a little bit more scary. During this altercation, Omarosa told April Ryan that we, being the Trump Administration, have dossiers on all of you. Meaning, according to Omarosa, the Trump Administration is building an enemies list with personal information against reporters in the United States.

Now, this is something that we would expect out of a dictatorship. Dictators would go around, send their people around, to gather up all the dirt they could on any journalist saying anything negative about that regime. When necessary, they would use that information to blackmail a reporter, essentially prevent them from reporting the truth, or else we’re going to leak something personal about your life that you probably don’t want people knowing about. According to what Omarosa said during this altercation with April Ryan, that’s what the Trump Administration has. That’s what those dossiers she mentioned are.

This is unprecedented in United States history. Now, we have had presidents, like Richard Nixon, we’ve had other officials in Washington, Hoover, that have wanted, or have gathered, information about the opposition, about opposition parties, about opposition people. We know they had files on Martin Luther King Jr. They tried to destroy his marriage. They tried to do all kinds of things to him. Never to this degree has it come down to the fact that the administration is trying to attack individual reporters from individual news outlets. No offense to April Ryan whatsoever, but she’s not a Jake Tapper. She’s not a household name. She’s not a Megyn Kelly, not somebody that we would easily recognize. But for Omarosa to suggest that they’ve got dossiers on everybody from the big to the small, from the local to the national, that is terrifying. It’s terrifying for all of us who get out here every day and discuss the corruption within the Trump Administration. Kind of makes me wonder if they have anything on me. I’m sure there’s not much to find there, but still.

This is what’s happening in the Trump Dictatorship. Because that’s what you really have to call it now. This is not a presidency. This is not a democracy. This is an authoritarian dictatorship being run by Donald Trump and his lackeys like Omarosa. They want to intimidate anyone who dares speak out against the administration or question anything that this administration does. We’re living in a dictatorship right now, and the only way to end this is to finally get the ball rolling, even though it’s only been a month, on articles of impeachment against Donald Trump. Because until then, we’re going to see more threats against reporters. We’re going to see more attacks on the media in general. And we’re going to see American people, reporters, investigative journalists, living in fear over what the Trump Administration might do to them because they dared to tell the truth.