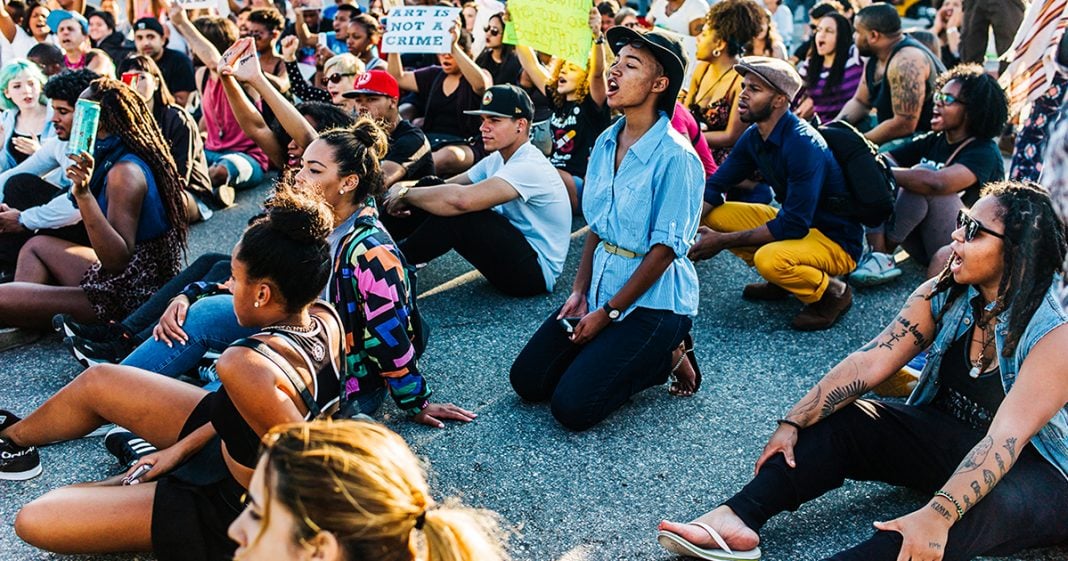 Republican lawmakers in Tennessee are sick of protestors jamming up traffic, so they’ve introduced legislation that would remove felony charges for motorists who hit protestors with their cars. In essence, they want to make it legal for drivers to simply run down protestors without any legal consequences. Ring of Fire’s Farron Cousins discusses this.

I think it’s safe to say that everybody in the United States whether you’re a driver or not or just a passenger hates to be stuck in traffic. It makes you late, makes you irritable. Nobody likes it, nobody wants to sit in their car for that long not moving. The State of Tennesse who’s having a real traffic problem right now has come up with a solution. Republicans in the State of Tennessee have introduced legislation that would make it legal for motorists to hit protestors with their car in the streets as long as they exercise due care in doing so. Essentially, to boil this down to its most basic components, Republicans in Tennessee don’t give a damn about protestors, peaceful protestors. They might be blocking streets, but they’re still guaranteed their right to assembly and free speech. They don’t care if those people get killed. They don’t care if people hit them with their car because then at that point it’s up to the discretion of the driver.

He suddenly moved in front of me as I was going around the crowd. If the driver says so, if no witnesses come forward, they’re going to take the driver’s word for it. That person will legally get away with murder. It’s like Stand Your Ground on steroids because now we’re not even talking about if you feel there is a threat on your life. Now it’s hey, if you’re running a little late to work, and there’s these hippy protestors in the street, mow them down and get to your destination as quick as possible. That’s what’s happening in the United States today. I want to make sure everybody understands this. The United States Constitution guarantees us a right to freedom of speech and freedom of assembly. That’s what peaceful protestors are. Now that is not protecting anybody who gets violent, anyone who incites a riot during a protest. These are people who are not harming anyone, people holding signs, people standing in the streets, not destroying property, not hurting one another, just standing up for their right and exercising their constitutional rights.