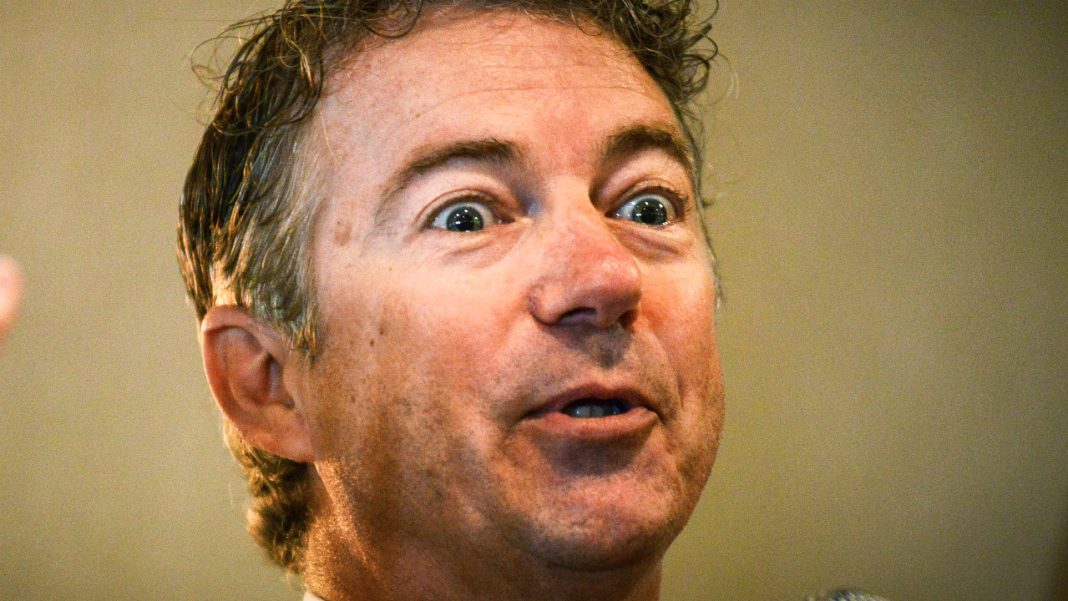 Rand Paul said that it doesn’t make much sense for Republicans to investigate other Republicans (when asked about the overwhelming corruption in the Trump Administration.)  That one statement is going to cost the GOP dearly in the next round of elections, as long as Democrats use it correctly. Ring of Fire’s Farron Cousins discusses this.

Great news, Democrats. You’ve just won the 2018 midterm elections. How, you ask? Well, you can go ahead and thank Rand Paul for that. During a radio interview on Fox News Radio with Brian Kilmeade yesterday, Rand Paul was asked about the resignation of Michael Flynn and possible investigations into the corruption and unethical behavior not just with Flynn but within the Trump Administration. Here is what Rand Paul said, “I just don’t think it’s useful to be doing investigation after investigation particularly of your own party. We’ll never even get started with doing the things we need to do like repealing Obamacare if we’re spending the whole time having Republicans investigate Republicans. I think it makes no sense.”

Well guess what Rand Paul? That whole sound byte, that little quote from you is going to be used incessantly until after the 2018 midterm elections because you may not think it’s a good idea to investigate Republicans right now, but you know who does? Everybody else in this country. They want to know what’s going on. They want to stop the illegal behavior from this administration. They want to get the people who can’t follow ethics laws out of power, and you want to sit there and tell us that it’s not ethical for Republicans to investigate Republicans? Man, I’ve seen a lot of campaign gaffes in the 12-1/2 years I’ve been doing this, but to be honest, this one could be one of the costliest mistakes that a Republican has ever made, because again, this will be used as a rallying cry for Democrats in the 2018 midterms when the American public looks around and sees the damage that Donald Trump has caused, sees all of the resignations, all of the unethical behavior and realizes that not a single investigation has taken place. They’re going to come back to you, Rand Paul. They’re going to replay that quote over and over and over again until American citizens have memorized it by heart.

You know, for a while, in spite of your insane economic policies, you were actually pretty good on social issues. You know, you would have been the least objectionable Republican who ran for president to actually win, but you lost all your credibility right there when you proved with this one quote, this one radio interview, that you’re no better than the rest of them. You’re just as corrupt. You’re just as loyal to a corrupt party that doesn’t give a damn about American citizens, doesn’t give a damn about the rule of law. I hope that you just lost your party the 2018 midterm elections. I hope the Democrats have enough sense to use this quote against every single sitting Republican because they could take back the House of Representatives thanks to you.

Now I know Democrats have more seats up for re-election in the Senate, however, a clean sweep would give them control. Retaining most of them and winning a few more would make the Senate even, so it would only take one or two Republicans switching sides on a couple votes to really change the balance of power in Washington, and Rand Paul, it’s all because of your little quote right there, for your refusal to take on the corruption within your own party. You have proved that you are just as bad as every other Republican in Washington, DC.