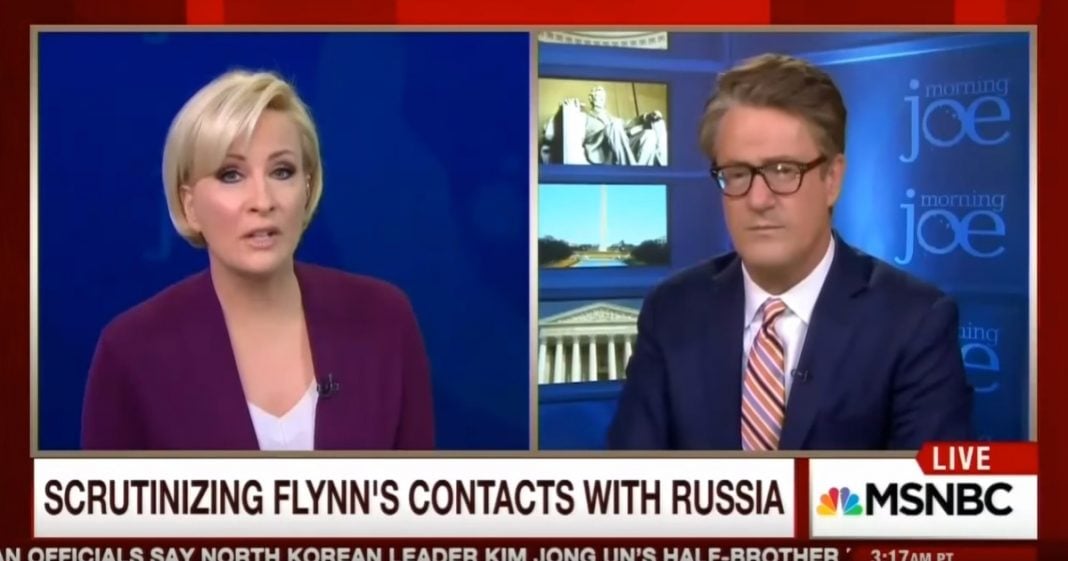 During Wednesday morning’s “Morning Joe”, co-host Mika Brzezinski took a strong stance on Kellyanne Conway, announcing that she would be barring the Trump spokeswoman from appearing on their show until further notice in response to her blatant lies.

Though other outlets like CNN have flirted with the idea of not allowing Conway on their network, Brzezinski is the first to definitively state that the woman who represents the president would not be invited nor allowed on the conservative morning show.

Brzezinski said that her quiet ban of Conway has been ongoing for some time, refusing to book the woman whenever she requests to come on MSNBC.

“I know for a fact she tries to book herself on this show; I won’t do it. I don’t believe in fake news or information that is not true. That is — every time I’ve ever seen her on television something is askew, off, or incorrect.”

As is often the case, co-host Joe Scarborough interjected, attempting to defend Trump and Conway.

“I don’t even think she’s saying something she knows to be untrue.”

“Kellyanne Conway does not need to text our show, as long as I’m on it. It’s not happening here.”

The folks at “Morning Joe,” have had a complicated relationship with the president, giving him an early boost during the Republican primaries while also claiming to be the first network to take the candidate seriously. Many considered their relationship with the president to be far too cozy, and they have worked since then to distance themselves publicly from the man in the White House.

Still, this action against Conway – and therefore against Trump – is a significant step backwards in their relationship. Trump has trashed the morning show in the past; will this earn them a chain of angry Tweets?