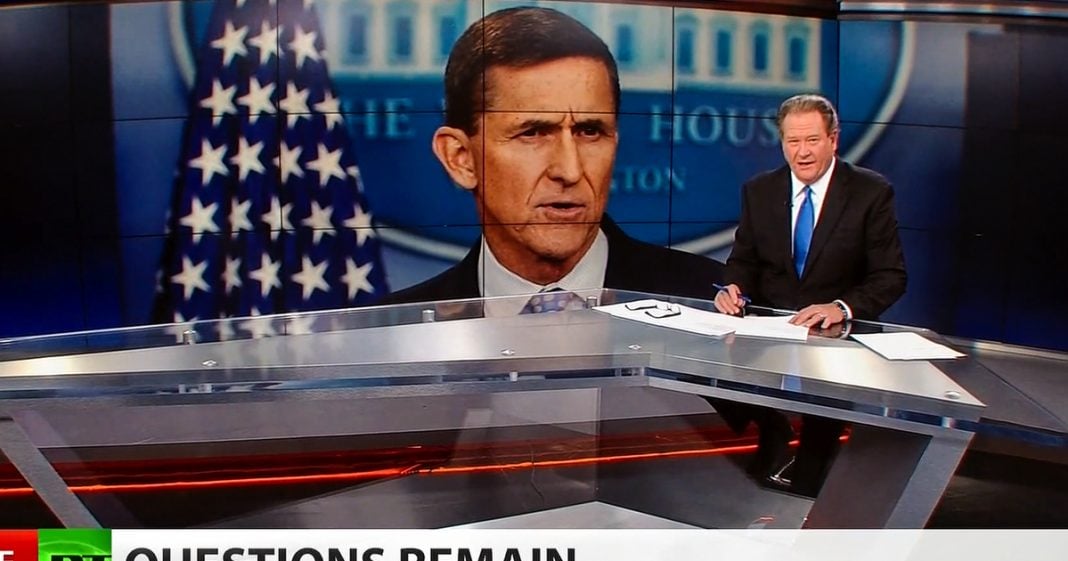 Michael Flynn has been forced to resign as President Donald Trump’s national security advisor after he misrepresented discussions with a Russian ambassador on sanctions to administration officials. RT America’s Ed Schultz details Flynn’s rise in the Trump campaign and fall from grace. Schultz also looks back at his interview with Keith Kellogg, the man acting as Flynn’s replacement. Then RT America’s Manila Chan takes a look at the biographies of the men who might be the next national security advisor.