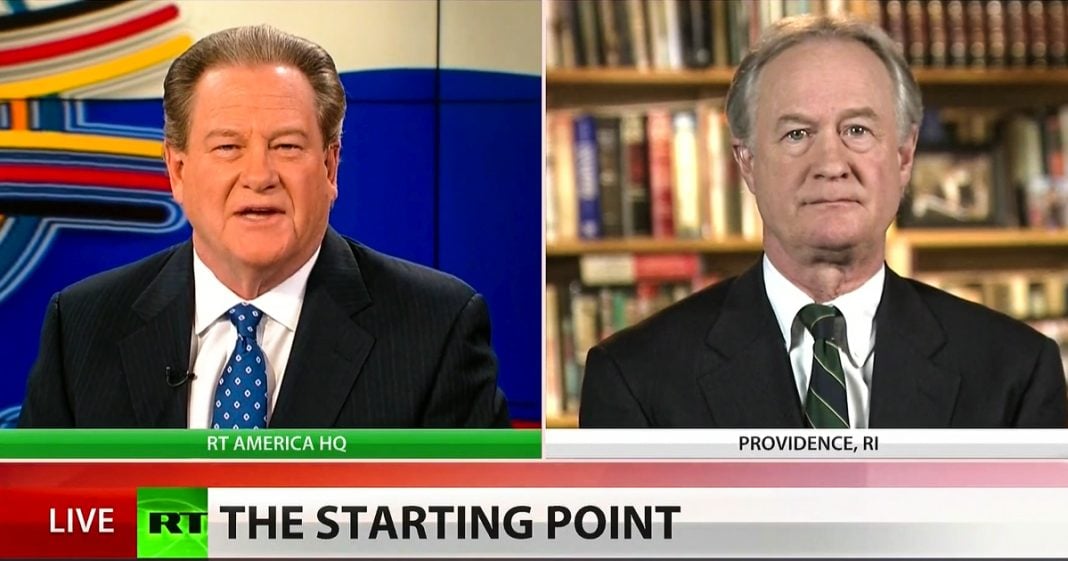 As the future of US-Russia relations remains the subject of speculation, the G20 Summit in July is rapidly approaching, with President Trump and President Putin expected to meet then – or possibly sooner. Former US senator, governor and 2016 Democratic presidential candidate Lincoln Chafee (D-RI) joins ‘News With Ed’ to unpack relations between the two countries.