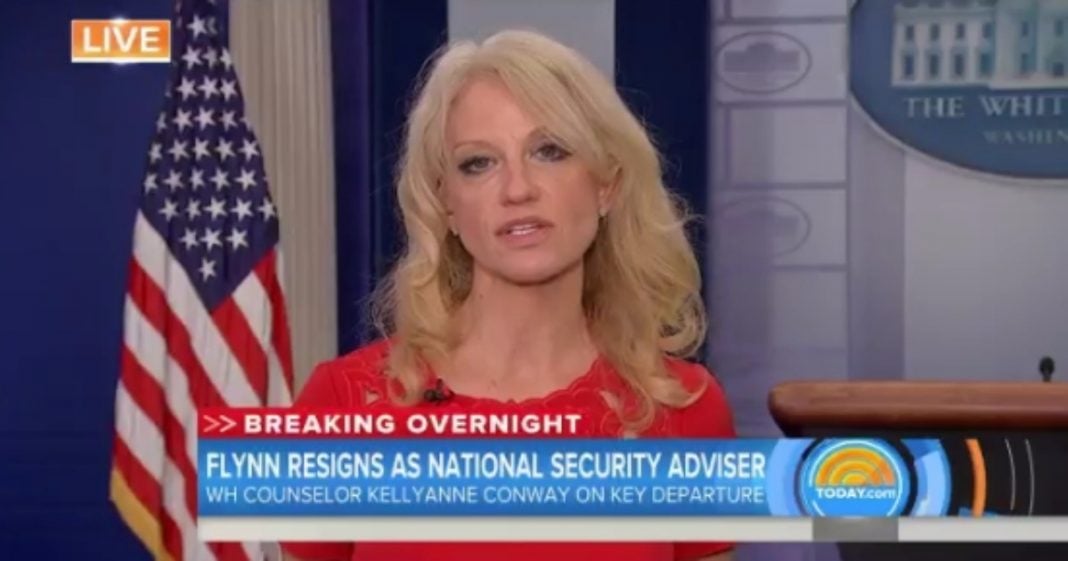 Kellyanne Conway’s hair and makeup might have gotten better, but her abilities to B.S. the media have gotten worse as the Trump administration becomes too messy to cover up.

On Tuesday morning, Conway made her usual rounds on the morning corporate media circuit, doing her best to spin the latest Trump scandal into something less horrifying. But finally, Conway met her match in the Flynn scandal.

Amid the resignation of NSA Director Michael Flynn, even Conway couldn’t make the goings-ons in the White House sound anything other than tragic, horrific scandal.

During an interview on the Today show with Matt Lauer, Conway was pressed to explain why the President had “full confidence,” in Flynn as she earlier stated, if the White House knew that he was susceptible to Russian blackmail.

In response, Conway basically said, ‘yeah, we chose to ignore that,’ and laid out the many ways that Flynn continued to be given insider access despite the White House knowing he was tainted.

“That makes no sense,” Lauer said.

Three weeks in, and they’ve already broken Conway. Who will lie for Trump on national TV now?