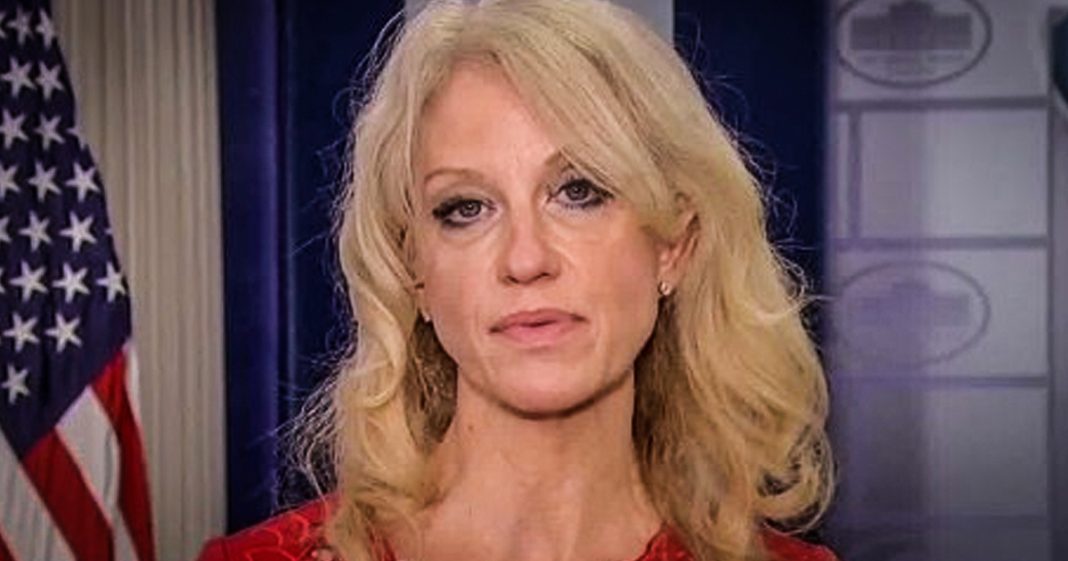 Kellyanne Conway told the press that Michael Flynn had the full support of President Trump. A few hours later, Flynn resigned from the administration after it came out that he had lied about his phone calls to a Russian ambassador.  The next morning, she appeared on television with Matt Lauer where she clearly didn’t care anymore, and Lauer had to call her out for not making any sense during the interview. Ring of Fire’s Farron Cousins discusses this.

The morning after Michael Flynn resigned as National Security Advisor to the President, the White House released Kellyanne Conway to the national media to help try to calm things down and soothe everyone’s fears about what Michael Flynn may or may not have told an ambassador during phone calls that he shouldn’t have been on the first place. Kellyanne Conway appears on NBC’s Today Show with Matt Lauer. She tries to explain away the problem, saying that, “Look, I know that less than 24 hours ago, before the resignation, I had said that the Michael Flynn had the full confidence of President Trump. I’m not out of the loop. I knew everything that was going on, and it just, you know, kind of become unsustainable for him, so he decided to resign.”

Matt Lauer wasn’t having any of it. He told Kellyanne Conway that what she was saying didn’t make any sense. That was absolutely true. Kellyanne Conway explained nothing during her appearance on the Today Show. She gave no real answers, just shooed the issue away, danced around it a little bit, but here’s what’s super interesting about this particular story. When she appeared on ABC’s Today Show, she looked tired. She looked a little haggard. She looked like she didn’t want to be there anymore. The only explanation I can come up with at this point to her incoherent answer to Matt Lauer is that Kellyanne Conway has just officially given up.

You got to say, at this point I do feel a little bit of sympathy for her, because she constantly has to go out there and say stupid things, because the Trump administration continuously does stupid things. That’s not writing off all the dangerous lies and horrible things that Kellyanne Conway says. She is a danger to our democracy. She is a real threat to the people of the United States, and she needs to go. At this point, I honestly think she wants to go. If you look at her in that Today Show interview, you really get the sense that she does not want to be there anymore. She doesn’t want to do this anymore. She doesn’t want to play the Trump game anymore.

She doesn’t want to have to go out there and give these wild excuses, make up these crazy lies, but that’s her job. You know what? For Republicans, she’s pretty good at it, because the Republican base still loves her. They believe everything she says. At least now, first seen and now we’re seeing it on NBC, they’re standing up to her. They’re not going to let her just get on the air and say the craziest shit imaginable. They’re going to call her out on it, finally.

They could have started doing this obviously back in November and December, maybe even January, but at least they’re starting to do it now, because they understand that you cannot believe a word that comes out of this woman’s mouth. Either it’s an outright lie, or it’s some kind of indirect, dancing around the actual question, answer. Either way, she provides no substance whatsoever to the corporate media, except she provides a lot of eyeballs. People want to tune in and see what kind of craziness Kellyanne Conway’s going to say today.

If today’s appearance is any indicator of her future, I don’t think she’s going to be around much longer. You can see it in her eyes. She’s given up.