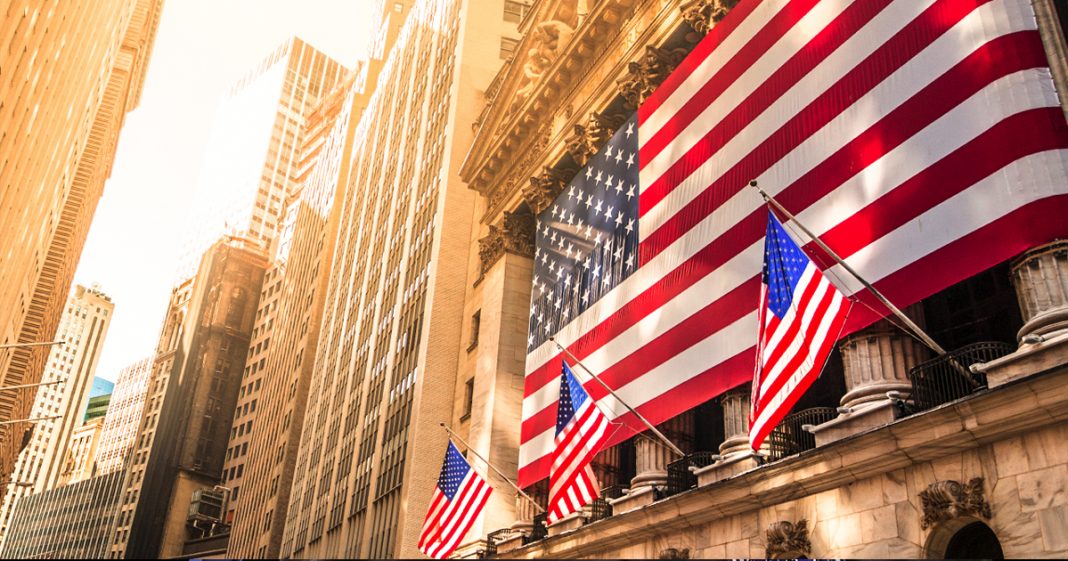 Ring of Fire’s Sam Seder is joined by Securities Attorney, Peter Mougey, to discuss President Trump’s attack on financial regulations and the devastating effect it could have on mom and pop investors.

Sam: So Peter, President Trump has only been President for a matter of weeks now, but he has already begun to attack a broad array of regulations that have been put in place across our government to protect workers, to protect consumers, to protect citizens at large. One of the most recent ones, and ones that I think are going to have pretty devastating effects down the road, deal with people’s finances. Let’s start with the rule that was to be set into motion to protect financial investors from supposed financial advisors.

Peter: Yeah. Fiduciary duty under Dodd-Frank after the 2008 meltdown … The Obama administration came off with a number of sweeping regulations to try to protect Main Street through Dodd-Frank and impose significant regulations on Wall Street to insure that what happened in 2008 never happened again. Instead, now here we are eight years later, most of Dodd-Frank hasn’t been enacted and it looks like President Trump is going to unwind the little bit of progress that’s been made since 2008.

What’s crystal clear in the first few weeks of President Trump’s administration is that his ticket or his campaign promise to protect Main Street … What we’re doing and seeing is that guys like JP Morgan, Mr. Dimon of JP Morgan, and Goldman Sachs are being asked to re-look at and pretty much unwind Dodd-Frank, which was designed to protect Main Street.

Sam: All right. Let’s talk about this fiduciary rule. This was finalized last year, but it has been anticipated for some time, correct?

Dodd-Frank imposed a fiduciary duty, or enacted a study in 2008 to insure this could be enacted efficiently and make sure that investors could be protected. That was kind of the hallmark of Dodd-Frank, was the fiduciary duty standard.

Sam: Can we just stop here for a moment and contemplate the … I mean what do you think the level of where … I would imagine you have a pretty good sense, at least in terms of people who end up on the wrong side of this.

Sam: What do you think the awareness is of people listening to our voices now or under … Even amongst some of the most I guess savvy investors? What do you think the awareness is that the person they’re buying their investments through, the people that are advising them, the brokers and what not … I know there are some specific financial advisors who have to give you legitimate advice, but these other people that they’re dealing with, that the advice that they’re giving them could be 180 degrees away from the best interests of the supposed client?

Peter: It is. You started out that question by saying how many people do you think understand that. I’d say virtually no one. Even the more sophisticated Main Street investors wouldn’t know that the lady or the gentleman sitting across the table giving them financial advice … Think about all the marketing campaigns you see, the rock, and that your interest first. The whole marketing campaign of these firms is that you’re the client and we sell you advice.

To find out that it’s okay that advice is conflict ridden and that the banks’ interests come first … You think you’re getting advice? You’re not getting advice. It’s dressed up and packaged around a selling machine, That’s what these firms are. They’re there to sell you products and sell you what’s pictured as advice as a delivery system, a delivery mechanism for what’s been in large part financial engineering or financial products, which is what we’ve seen over the last decade in product after product after product failure which has been sold to Main Street over and over again.

Sam: Just so people understand how this works, if I work for let’s say Goldman Sachs and Goldman Sachs is betting that the price of a stock is going to go up, it’s not just that I as someone working at Goldman Sachs may tell you, my client, ‘Hey, you should buy this,’ because it drives up the price of that stock. It’s also like you could be on the wrong end of a deal, and certainly we saw that in the context of the financial crisis, where people knowingly have junk that they’re just trying to sell.

It also seems to me that this is ripe for kickbacks, right? There’s a story out there that David Dayen wrote about how desperately private equity funds want to get access to large 401k pension funds. According to Dayen, you have a situation where if someone is advising or managing your 401k, they could theoretically just be receiving kickbacks, although kickbacks are illegal, or I guess maybe they’re not in this instance … Kickbacks to just introduce essentially private equity to this pension fund.

Peter: Yeah. They’re called … It’s called pay-to-play. It means that … The deal is that these private equity firms, these money managers, a lot of them will create kind of a byzantine web of conflicts of interest in exchange for what they call soft dollars for research or for even computer software, or even hard dollars like computers themselves, and there’s these exchange or quid pro quo to get on the list of recommendations that these money managers are recommending to their clients.

The pay-to-play means it’s a gatekeeper. Can I get through the gatekeeper so someone will recommend my product or services to these huge 401ks, and it happens every day. A few years ago Merrill Lynch was pretty much run out of the state of Florida for this kind of maze of conflicts, that they were recommending specific managers that were underperforming because of relationships they had to the pension systems that they created.

We think our pension systems are so underfunded and it’s the performance of the market, but there has been a drag on our pension systems from these conflicts and these pay-to-play deals over the years. It’s just 50 basis points, which is .5 or .75 or .35, but year after year after year that drag on the portfolios has been a huge negative impact on our retirement system.

That why Dodd-Frank and fiduciary duty rules are so important that to insure the investors’ interests go first, and that has to go hand-in-hand with actual enforcement, which is another problem we’ve had for decades, that somebody actually enforces these rules.

Now here we are, President Trump’s administration, that really was elected on the backs of Main Street, is now unwinding protections designed to take care of the same people that put him in office. It’s just amazing to me that no one sees that, that he’s putting these big banks in charge and they’re going to unwind protections designed to protect regular mom and pops.

Sam: He’s looking for regulatory expertise and suggestions and advice from Jamie Dimon, the biggest banker in the country. I mean this is just absurd.