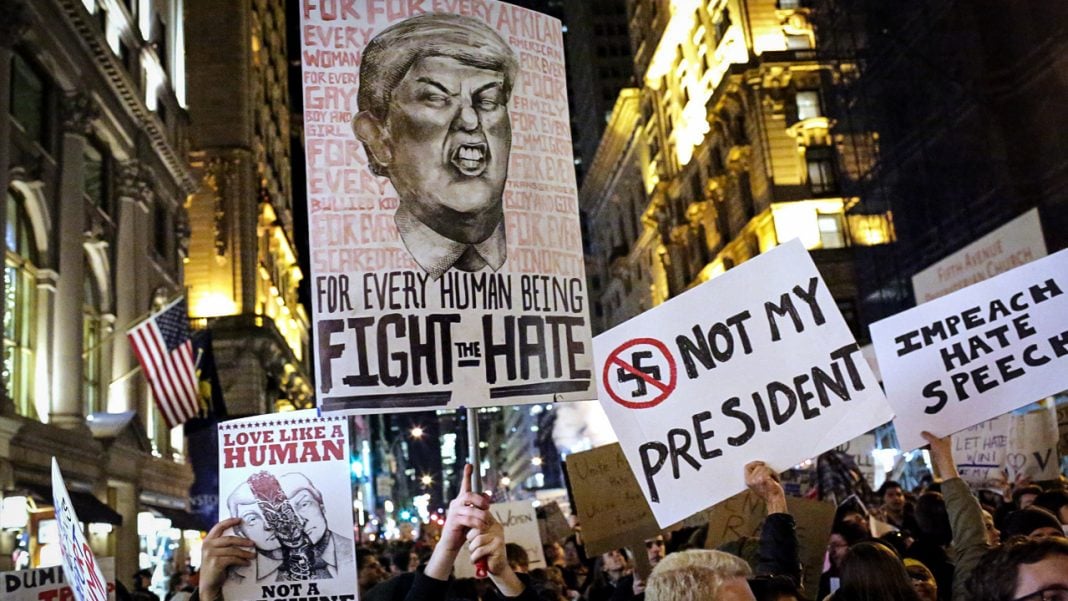 Republicans are up in arms claiming that the majority of people taking to the streets to oppose Trump and his disastrous policies are being paid to do so (usually by George Soros.)  But the only people being paid are the ones in Washington, D.C. sitting in seats of power in our government, taking money from corporations to screw over American citizens. Ring of Fire’s Farron Cousins discusses this.

Republicans are still telling us that the majority people who have taken to the streets to take on Donald Trump, protest his administration and his horrible policies, the majority of those people according to republicans are paid to be there. They are paid protestors. Usually the boogeyman behind this who is paying these people is George Soros.

Bernie Sanders actually laid out the best argument against this paid protester thing this past weekend because first of all, there’s absolutely no evidence that anybody has been paid to show up to protest Donald Trump, but as Bernie Sanders told us this weekend, we do have evidence showing that the Coke brothers funded the Tea Party movement back in 2009. They paid for the buses through Americans for Prosperity to bus angry Tea Partiers to these rallies to boost the numbers. The Coke brothers and their think tanks and their little affiliations funded those directly.

They’re the real paid protestors. Those are the ones that we should be angry at. Those are the ones that we should be focusing on. This is a bipartisan problem. It’s not just the republicans. It is not just the democrats. They’re both equally corrupt in this matter. There are too many people sitting in power in Washington, D.C. who owe their entire careers to a handful of corporations. We’re talking about big pharma, health insurance, Wall Street banks, oil companies. Those people own our politicians. They vote accordingly. If you want to get mad about anybody being paid to go out and do or say something, be mad at the members of congress that we’ve elected. Be mad at the people sitting in the house of representatives or sitting in the senate because those are the people who get paid every single year to make sure that corporations are allowed to get away with murder and get away with environmental destruction and get away with putting poison products on the market that kill American consumers. Those are the real paid protestors and that’s where we need to be directing our anger right now.