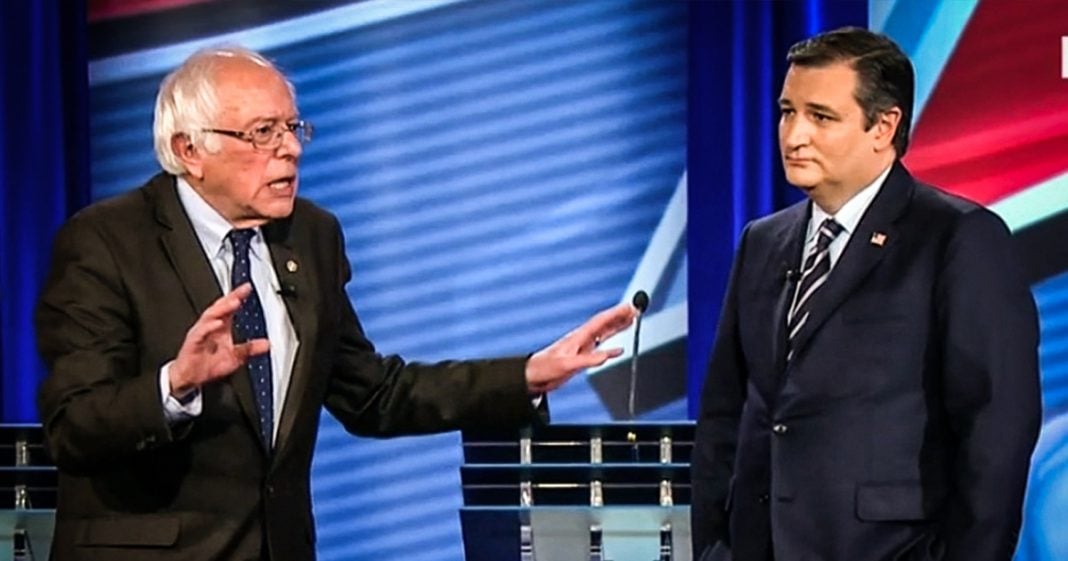 On Tuesday evening, viewers of CNN were transported into an alternate timeline where Senator Bernie Sanders and Senator Ted Cruz debated in a battle of ideas over one vital political topic – healthcare.

If you thought very, very hard you might have even convinced yourself that you had gone back in time to an election that never came to pass – when Donald Trump and Hillary Clinton were nowhere to be seen and Senator Sanders only had to defeat tea party Republican Ted Cruz.

Quite frankly, Cruz didn’t make it too difficult. Besides feeling the need to defend the ACA when he clearly would rather replace it entirely with single-payer, Sanders held his own admirably and managed to spin each legitimate criticism of Obamacare into a plea for more government healthcare, rather than less.