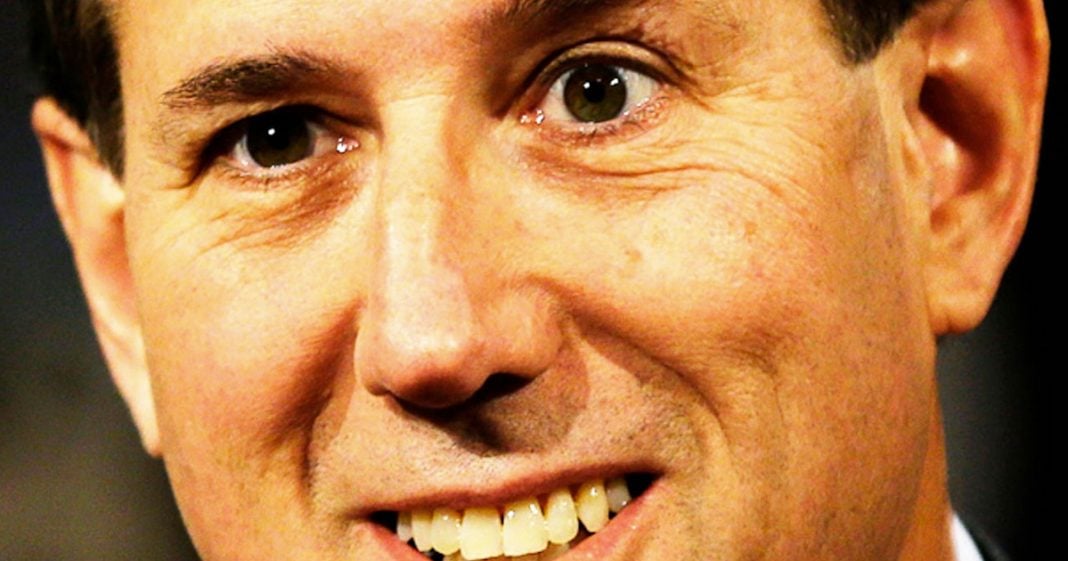 In this Majority Report clip, we watch Rick Santorum appear on CNN to spout some unsurprising nonsense. He claims, with no supporting evidence whatsoever, that Obama never criticized black on white crime, and that the Trump administration’s lack of response to the Quebec mosque shooting (by response, he means tweeting, mostly) is comparable. Both administrations had/have agendas to support. Obviously this is ridiculous, because Obama did respond to every high-profile shooting during his administration—nearly all mass shootings “happen” to be committed by white people and nearly all individuals unjustly shot by the police “happen” to be black. Obama didn’t racialize the issue ENOUGH. Trump, on the other hand, just wants to demonize Muslims and when a major incident happens days into his presidency against Muslims, he just ignores it. Point being, Rick Santorum sucks.