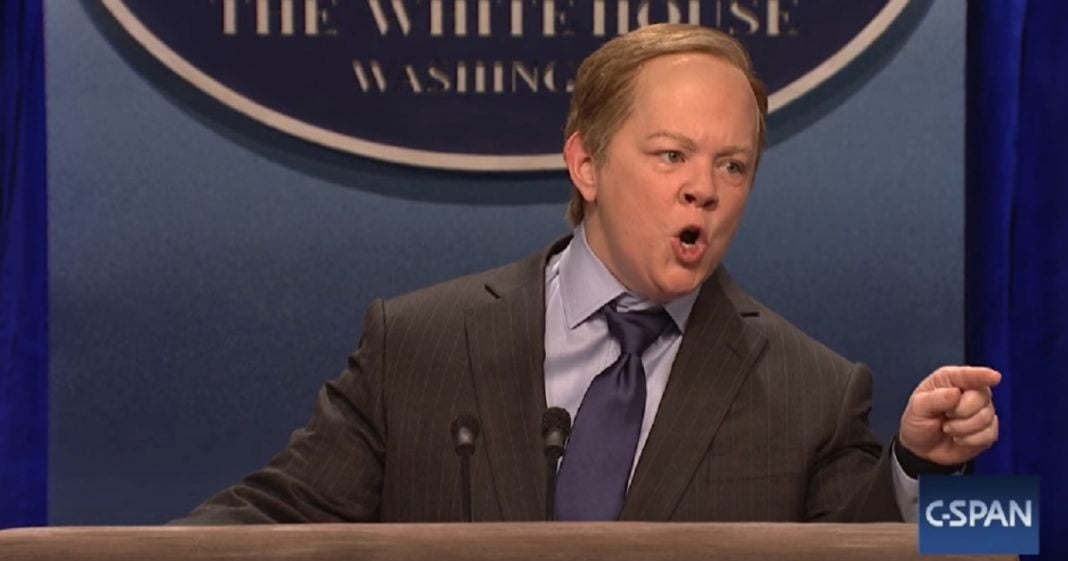 Comedian and actress Melissa McCarthy made an encore appearance on “Saturday Night Live” this weekend to reprise her role as White House Press Secretary Sean Spicer.

McCarthy’s sketch last week was such a hit it was considered by many to be the best SNL sketch in many years. It was also viewed as successful by another metric – Trump hated it.

Reportedly, Trump was most upset at the fact that Spicer’s character had been played by a woman – it’s so easy to infuriate a basic chauvinist pig. There were even reports that the White House is interviewing new candidates for Spicer’s spot – maybe they could cut out the middle man and hire McCarthy herself?

Everyone knew McCarthy would have to return again to poke the bear and mock, once again, the increasingly unhinged Spicer on this week’s episode and that’s exactly what she did.