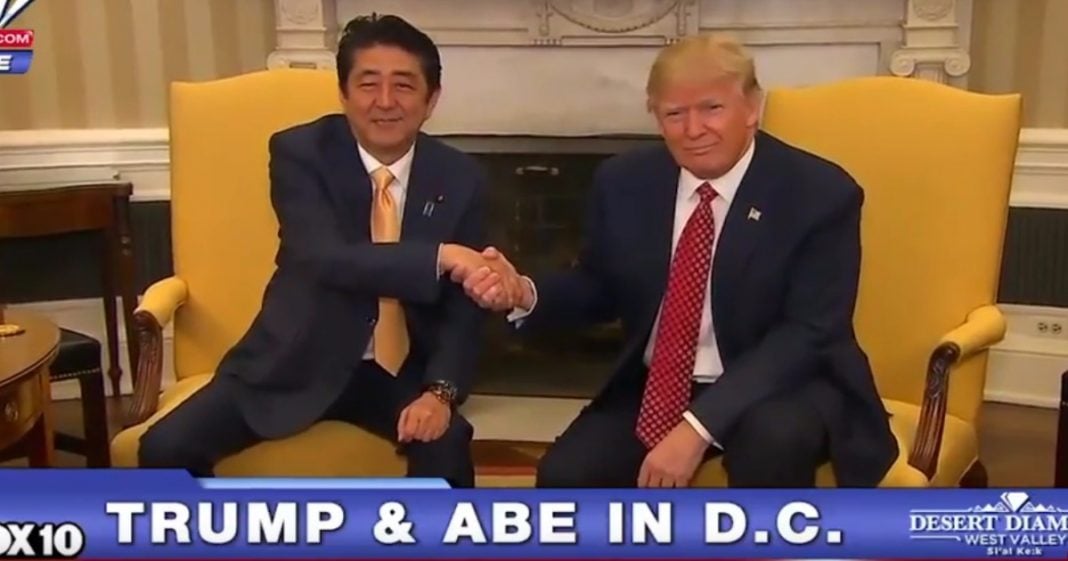 When we look back at February 10, 2017, I hope that we all remember fondly just how weird everything was.

On Friday, President Trump welcomed the Japanese Prime Minister Shinzo Abe to the White House for the first official meeting between the two heads of state since Trump took office.

As he has done with other powerful figures he comes in contact with, Trump made sure to make things really strange and vaguely dominating when it came time to shake hands with Abe, holding an uncomfortable handshake and alternating between slapping his hand and yanking on his arm.

All told, the media says Trump and Abe kept their sweaty palms locked for a whopping 18 seconds – a clear sign that Trump has gotten awfully lonely in the White House all alone.

You can see the true toll of such an awkward embrace on Abe’s face as, when the two break apart at last, the Prime Minister lets out a big breath of air and rolls his eyes in exhaustion.

Our president is a dunce, y’all.

To have a bit of fun, our editing geniuses here at the Ring of Fire Network have elected to extend the delicious cringe by expanding the 18-second handshake into one exceeding two minutes. It’s pretty great.