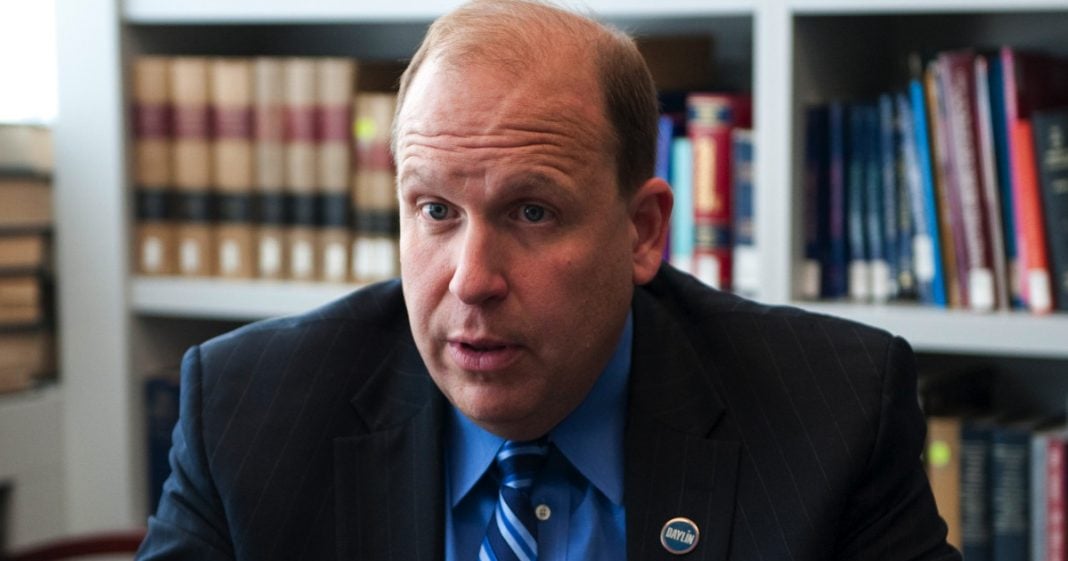 State Sen. Daylin Leach is ready to fight Trump on civil asset forfeiture. Ana Kasparian and John Iadarola, hosts of The Young Turks, discuss. Tell us what you think in the comment section below. http://tytnetwork.com/go

“Pennsylvania state Sen. Daylin Leach went after President Trump on Tuesday, branding him a “fascist, loofa-faced, s***-gibbon,” and challenging him to “come after me.”

Leach, a Philadelphia-area Democrat, posted a Politico report on Facebook about the president’s recent White House meeting with county sheriffs from across the country. During the meeting, one sheriff brought up civil asset forfeiture, a practice allowing law enforcement to seize money and property belonging to individuals accused of committing a crime, even before a verdict is handed down.

The sheriff, from Rockwall County, Texas, griped about a Texas state senator seeking to change the law so that a conviction would be required before a suspect’s assets could be seized.

The sheriff joked that “the cartel would build a monument” to the legislator.

“Who is the state senator? Do you want to give his name? We’ll destroy his career,” Trump responded.”*