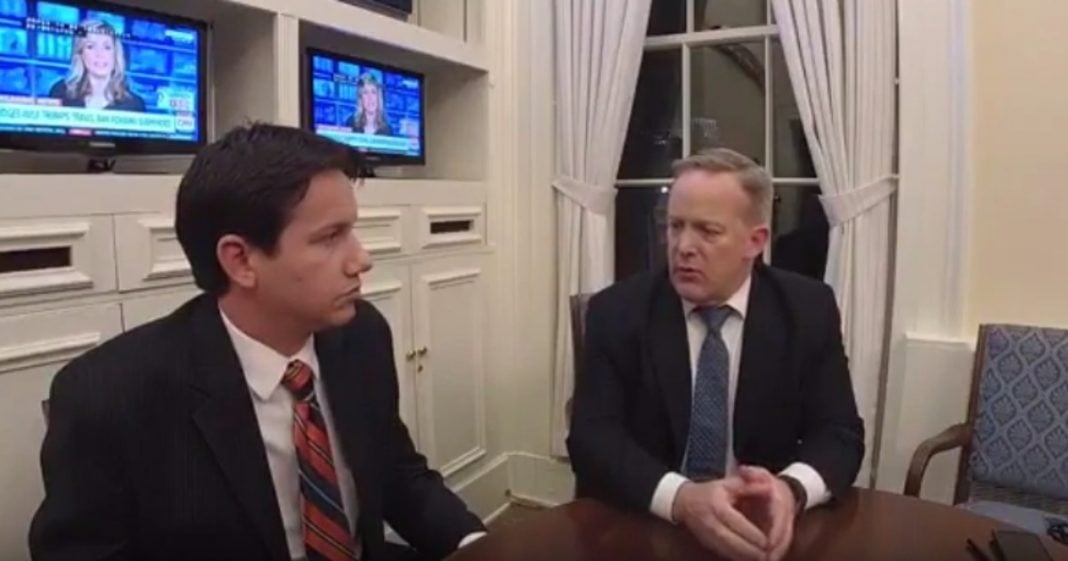 Since ‘President’ Stephen Bannon has such close ties with Breitbart ‘News,’ it appears that the far-right website was given a bit of special access to Trump press secretary Sean Spicer for an exclusive, breaking news event on Facebook live.

But rather than actually…well… doing a good interview, Breitbart rolled out an awkward, hokey semi-interview that looked like the production from an overly-nervous middle school student interviewing their sweaty gym teacher.

The intention of the live interview was to respond to the news that yet another court had ruled against Trump’s Muslim ban, this time keeping the Executive Order suspended until a final court ruling could be made. This has been celebrated as good short-term news and an indication of what is to come from the left. On the right, well, they continued to try and spin it as they have the last three weeks.

The interview features horrendous camera work, strange shots, a quivering reporter, and a bland Spicer. At several points during the interview, the camera focuses much too closely on the face of the interviewer, even as Spicer is giving a boilerplate reply.

Seriously, it’s so bad that it looks like a SNL sketch – and it very well may become one.

As Matthew Hunziker of the Onion stated on Twitter: “When trying to understand the alt-right it’s helpful to remember they’re literally bad at everything except racism.”