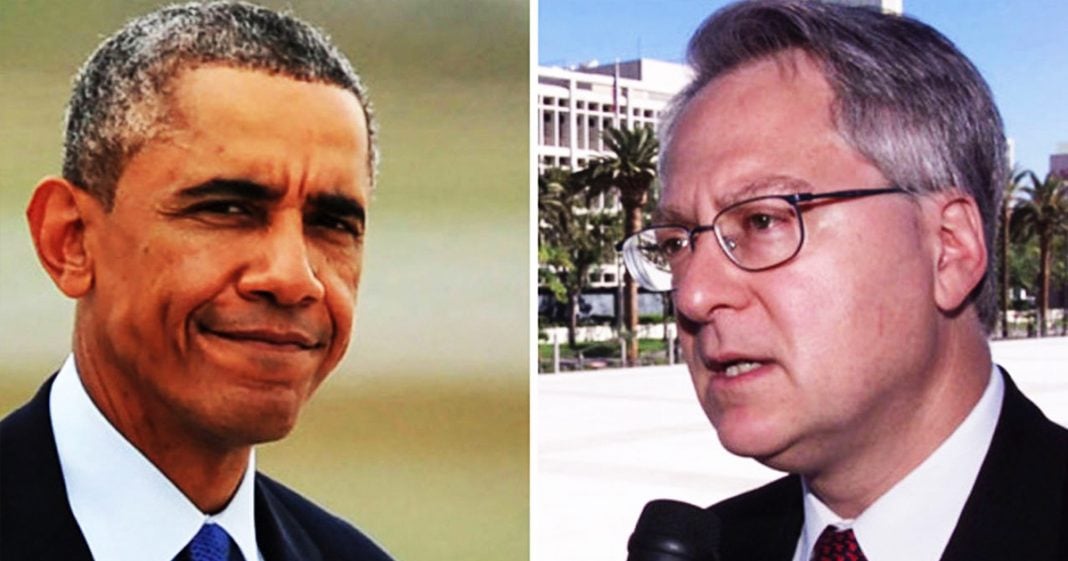 In this Majority Report clip, we discuss right-wing lawyer Larry Klayman, founder of Freedom Watch and Judicial Watch. The Southern Poverty Law Center describes him as “a pathologically litigious attorney and professional gadfly notorious for suing everyone from Iran’s Supreme Leader to his own mother.” He thinks Obama is a Muslim, called Obama “a president of his people,” advocated for militiamen to take up arms against the government, sued the Clinton administration for conspiratorial reasons at least 18 times, and wrote a memoir entitled “Whores: Why and How I Came to Fight the Establishment.” He is crazy. Now he is suing Obama (and George Soros, Al Sharpton, members of Black Lives Matter, Louis Farrakhan, the New Black Panther Party, Malik Shabazz, the former chairman of the New Black Panther Party, and the New Black Panther Party for Self-Defense, former Attorney General Erik Holder and former Secretary of State Hillary Clinton), because a woman with “an Arabic accent” charged at him at an airport because of Obama’s attempts to start a race war.