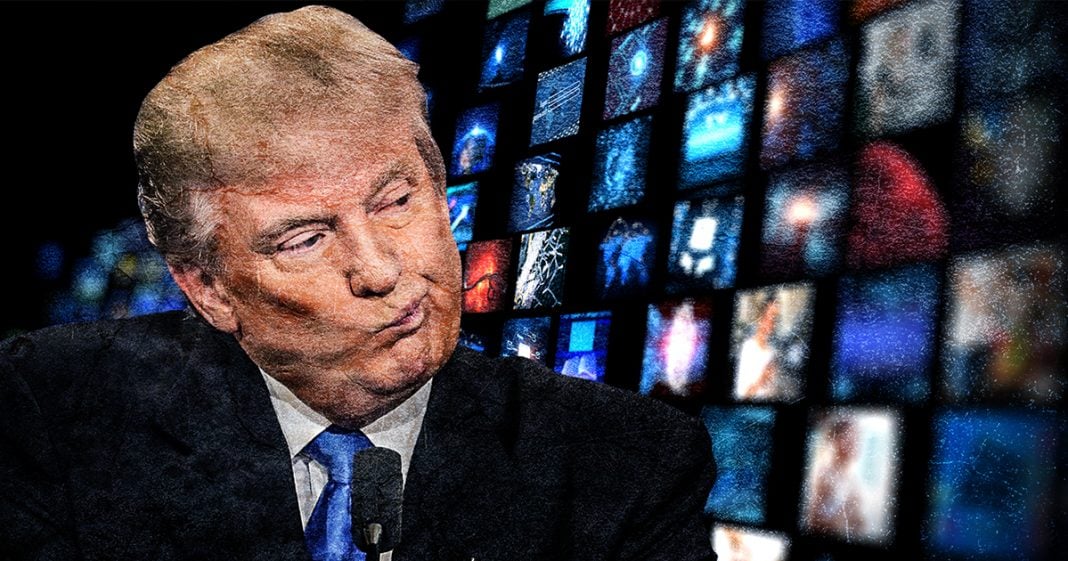 Sebastian Gorka, deputy assistant to Donald Trump, told conservative radio host Michael Medved earlier this week that the administration will continue using the term “fake news” to describe any news organization that continues to be mean to the president.  Gorka said that these news organizations need to realize that their “attitude” towards the president is wrong. Ring of Fire’s Farron Cousins discusses this.

To anyone watching this who might be a member of any news organization, media organization in the United States, I have some really bad news for you. If you ever say a negative thing about Donald Trump, you are fake news. Now, that’s not me saying that. That’s a man named Sebastian Gorka, who happens to be a deputy assistant to President Donald Trump. He told a conservative radio host, Michael Medved, earlier this week that news organizations who continue to berate Donald Trump, who just in general, have a bad attitude towards him, they’re going to continue using that term ‘fake news’ to describe them until they learn that their attitude is wrong. Gorka is essentially acting like … I can’t even really describe it, but it’s more like a parent saying, “We’re going to continue to put you in timeout until you learn your lesson,” which is good when you’re a parent, but Gorka is not a parent, at least not to the entire news media. Neither is Donald Trump.

I mean, think about this. I know when he was President, Barack Obama took a couple of shots at Fox News, mostly in jest, mostly at White House Correspondents’ dinners where he’d poke a few jabs them, because they were, you know, making up the lies about the death panels, and his birth certificate, and whether or not he was a Muslim. I get that. That was legitimate fake news. But Barack Obama, being a big boy, being intelligent, being mature, make a couple of jokes about it. Everybody laughed and he moved on with his life and his presidency.

Donald Trump doesn’t seem to be able to do that. If you make fun of Donald Trump, he will attack you on Twitter and he will continue to attack you. He’ll mention you in a press conference and just keep it going for ever and ever and ever and ever. That is how petty and selfish and shallow this man is. Once you get under his skin, you live there, baby. You’re not going anywhere. It’s like a splinter that he can’t get out. You will bother him forever, whether or not you even say another thing about him.

That’s why Gorka, Kellyanne Conway, Sean Spicer, and Trump himself, that’s why they’re all out there telling you that CNN is fake news. Or these progressive websites, liberal websites are fake news. Because we have the audacity to talk about the fact that this man, this administration, is dangerously unqualified, and grossly unhinged, and desperately displaced from reality. That’s the problem. They don’t see it as these news organizations are reporting the facts. They honestly, in their warped little brains, believe that it’s all fake.

Donald Trump legitimately does believe that the polls showing that he has a historically high unpopularity rating, he believes those are fake. He believes the American public loves him. That is because he is so disconnected from reality. He’s lived so long in his little millionaire, billionaire bubble, where anything he didn’t like was immediately removed and replaced by someone or something else. People did that for him. He didn’t have to think about it. But now that he’s President, he can’t handle anything that makes him slightly uncomfortable and that’s what the media is doing. That’s what Saturday Night Live is doing. That is what all of us must continue to do, because it’s not just about getting under Donald Trump’s skin. It’s not just about making fun of him. It’s about holding him accountable and, at the very least, educating the American public about what this psychopath in the White House is actually doing from day to day.