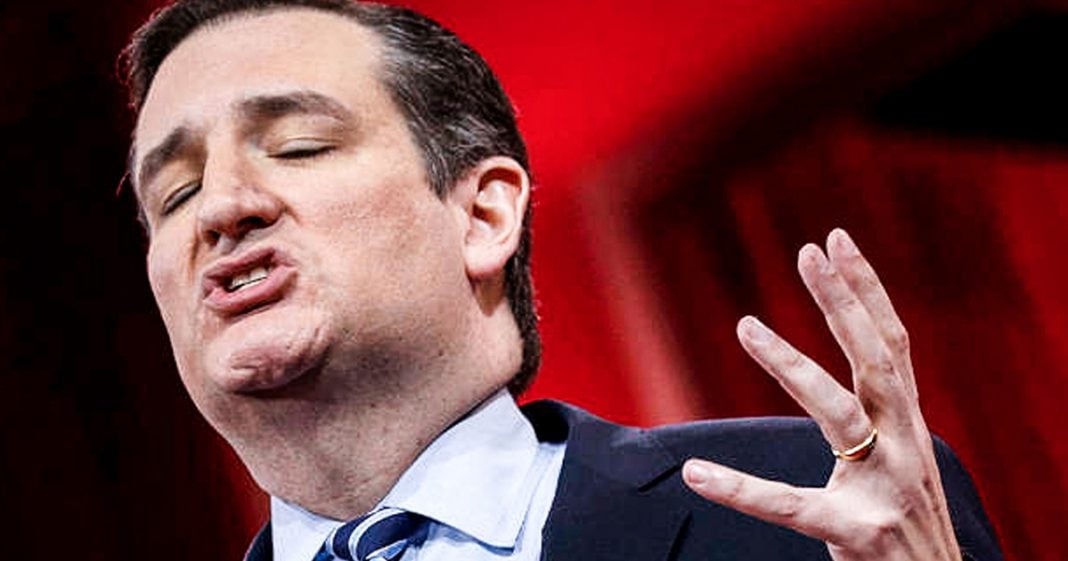 Senator Ted Cruz is still bitter about Democrats trying to stop the nomination of Jeff Sessions as Attorney General, so he’s decided to go full blast against the entire Democratic Party.  During a segment on Fox News after Sessions’ confirmation, Cruz said that the Democrats are the party of the Ku Klux Klan, completely ignoring the fact that the modern KKK literally endorsed Donald Trump for president. Ring of Fire’s Farron Cousins discusses this.

Senator Ted Cruz is angry at the fact that any democrat in Washington, DC would have the audacity to call out Jeff Sessions’ racist history. In an interview with Fox News the day of Jeff Sessions’ confirmation hearing, Cruz told Fox that the democrats are the party of the Ku Klux Klan, the party of the KKK. That is what Ted Cruz said. He begins to go into the history, if you look back at the old south it was the Dixiecrats right after the Civil War who founded the KKK. It was a great many democrats who founded this, or those were Cruz’s words.

Now, in 2013 this issue came up again. PolitiFact looked into it, it said this statement is entirely false. Yes, it was a lot of democrats in the south who got together and formed the KKK, but their party affiliation had nothing to do with that fact. Plus, when you look at the history of what happened to the democratic party and what happened to the republican party in the years since the Civil War, I think anybody with a brain understands the fact that these two parties are not the same.

In fact, if we want to bring up history, why don’t we talk about the Civil Rights Act, Ted Cruz, and talk about the fact that it was your party who opposed it. Now, you said in your Fox News interview that it was the democrats who wanted segregation, when in reality it was your party who fought to keep segregation. It was the democrats who got rid of it, and a democratic president who when he signed it said, “I just lost the democrats the south for at least a generation.”

Turns out, it lost the democrats the south for a good 70, 80 years, probably even longer than that. But, the republicans are the parties of racists, and if you want to go back to a little bit more recent history, how about the fact that the KKK actually endorsed your guy. David Duke, former Grand Wizard of the KKK endorsed your guy. The KKK after Trump’s victory was planning a victory march in North Carolina. White nationalists have celebrated Trump’s victory. Skinheads, neo-Nazis, all these people love Donald Trump and the republican party.

You can talk all you want about what happened in the United States 160 years ago with people who happened to be a member of a certain political party all you want, but that doesn’t make it true. In today’s world the modern republican party is supported by the modern incarnation of the KKK. That is the only thing that people need to know right now. What happened in the past, what happened 160, 170 years ago at this point doesn’t necessarily matter. Back then the republicans were on the side of African Americans. Hell, Abraham Lincoln was a republican. You guys never shy away from bringing that up. If he were a live today, I guarantee you he would be disgusted by the entire republican party, and particularly disgusted with what you have to say, Senator Cruz.