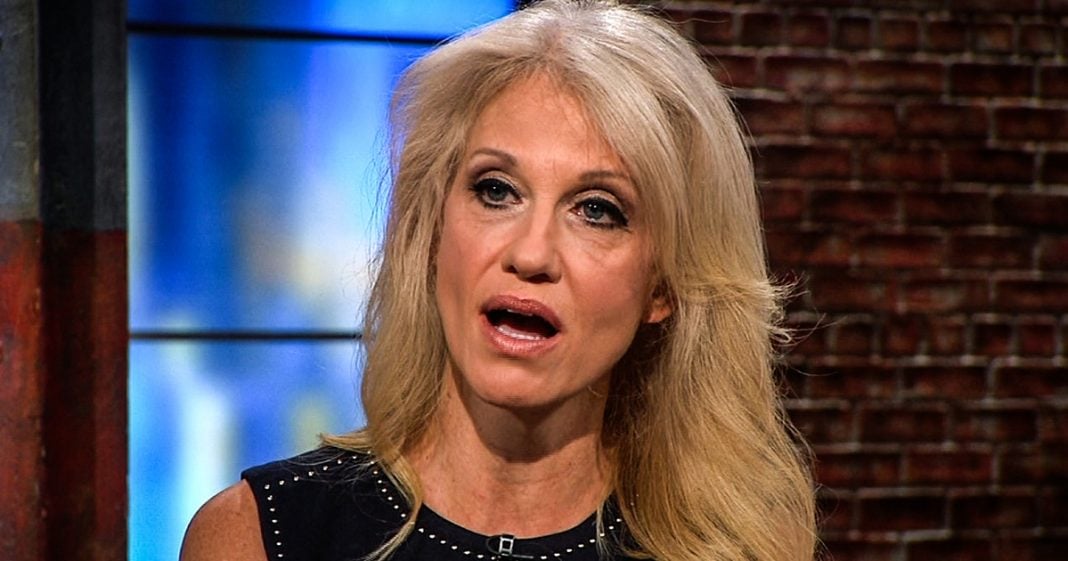 Donald Trump may be able to get away with not cutting his family business ties, but it appears that his staffers will not be let off as easily.

While ethics committees build a strong case against Trump for his continued conflicts of interest, his adviser Kellyanne Conway appears to have stepped over a major legal line and violated federal ethics standards that could draw immediate consequences.

The violation occurred during one of her many ill-fated media appearances, this one for Fox News on Wednesday evening.

During the interview, Conway responded to news that retailer Nordstrom was planning to end their business relationship with Ivanka Trump by urging all viewers to buy the president’s daughter’s clothing.

“Go buy ivanka’s stuff. I hate shopping, I will go get some myself today. . .  I’m going to give a free commercial here.”

Like her employer, Conway failed to recognize that Nordstrom’s decision to drop Ivanka’s clothing line was an entirely financial one – simply, her stuff didn’t sell. Back in November, individuals called on Nordstrom to stop carrying the line for political reasons, but executives said that they would not make political decisions for consumers.

But despite all of the back-and-forth and tit-for-tat, what Conway did during her Fox News appearance is in clear violation of some well-established federal ethics guidelines. Basically, one cannot, at any level, use their elected office for private financial gain.

According to the Washington Post, there are many experts who agree that what Conway did was in violation of ethics laws and rules. Will she face consequences for the violation? That remains to be seen.