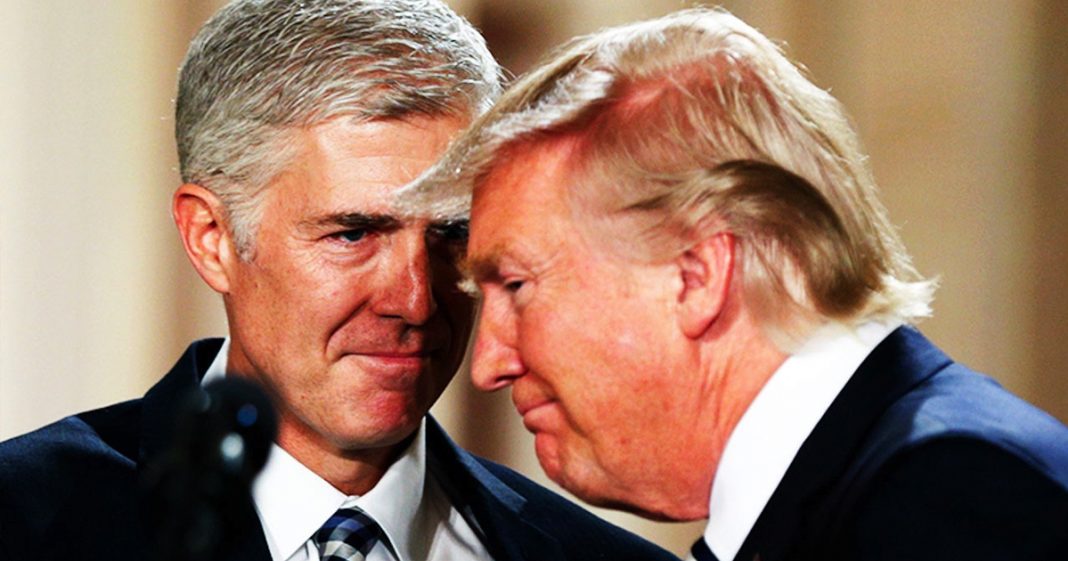 In this Majority Report clip, Sam Seder discusses a “Wall Street Journal” article that investigated Neil Gorsuch’s résumé/CV/list of qualifications. The paper found that Gorsuch’s claimed to have been a member of two legal-volunteer programs during his college years: the Harvard Prison Legal Assistance Project and the Harvard Defenders. The “WSJ” asked 3 DOZEN PEOPLE who were members of these projects at the time Gorsuch claims to have participated, and NO ONE remembers him being there. He’s also not in the group pictures. His old roommate sort of maybe thinks he might be able to kind of say that Gorsuch probably was in one of the clubs.