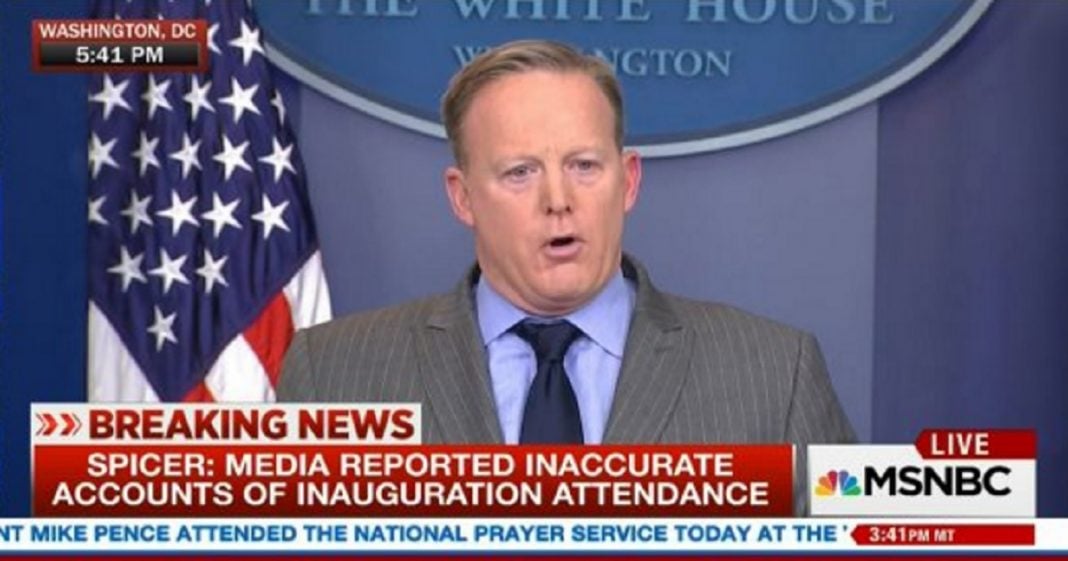 Press Secretary Sean Spicer may have gotten a better-fitting suit and wiped some concealer under his eyes to hide the fear and exhaustion, but the one thing he can’t seem to improve is his regular abuse of the English language.

Despite getting paid to speak as his primary and sole reason for existing, Spicer regularly stumbles over basic words and even seems to make up his own. While trying to appear cool, calm and collected while addressing the media, Spicer’s repeated language stumbles betrays his true feelings. Of course it’s hard to keep your words straight when you can’t even keep the truth straight.

Considering that President Trump is already reportedly mulling the decision to give Spicer the boot, he might want to work on his diction and word choice as his first defense.

Spicer’s use of the English language is so bad that GQ created a parody of his fumbles called “Sean Spicer’s Alternative ABCs.” If you’re a fan of mocking Spicer, this is a must-see.